Two Korean Movies in Running for Palme d'Or at Cannes 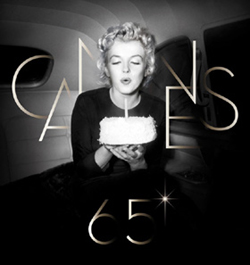 The Cannes Film Festival kicks off on Wednesday with 22 films vying for the coveted Palme d'Or, the highest honor awarded to the best feature film in the official competition. Two Korean movies -- Hong Sang-soo's "In Another Country" and Im Sang-soo's "The Taste of Money" -- are among those competing for the top prize.

Another three Korean films have been invited to non-competitive sections of the world's leading movie festival, including the Directors' Fortnight.

After Im Kwon-taek's "Chunhyang" became the first Korean film to be invited to the festival in 2000, domestic movies have making waves at the event for the last decade. Im picked up the Best Director Award in 2002 with "The Chihwaseon", while Park Chan-wook won the Grand Prix for his violent tale of punishment and redemption, "Old Boy", in 2004, Jeon Do-yeon won the Best Actress Award for her role in "Secret Sunshine" in 2007, and Lee Chang-dong won the best screenplay award for "Poetry" in 2010 .

Hong has had eight films approved for entry at Cannes since "The Power of Kangwon Province" appeared there in 1998. And this year marks his third time in the official selection for feature films after "Woman is the Future of Man" and "Tale of Cinema". His latest film, "In Another Country", tells the tale of a tourist who arrives at a coastal village in Korea and stars French actress Isabelle Huppert, a two-time winner of the Best Actress Award at Cannes.

As for Im, this is the second time one of his films has featured in the official competition after "The Housemaid - 2010" in 2010. "The Taste of Money" takes a critical look at the super rich by focusing on the story of a middle-aged woman who uses her wealth to seduce a young male secretary.

Shin Su-won's "Circle Line", which revolves around the head of a household who must come to terms with having lost his position as breadwinner, joins the short film section.