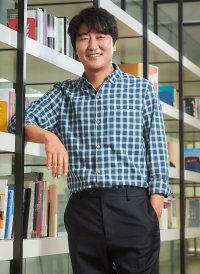 2008 Festival de Cannes' out-of-competition talk of the festival and Korean box office treasure hunter "The Good, the Bad, the Weird" (Kim Jee-woon) will be released in U.S. cinemas next year.

Both Korean titles are scheduled for a release in the beginning of 2009 on an initial scale of 100 screens.

Both "The Good, the Bad, the Weird" and upcoming "Thirst" star Korean star and renowned actor Song Kang-ho. SONG was already in North American cinemas with Bong Joon-ho's "The Host" in 2007. "The Host" was initially released on 71 U.S. screens which was increased to 116. BONG's monster film would garner US$ 2.2 million additionally in the North American market.

Korean actors are increasingly making inroads in the North American market by starring in major Hollywood releases. However, SONG yet hasn't acted in an U.S. film, but successfully penetrates Hollywood through his Korean films.

"Two SONG Kang-ho films in U.S. cinemas"
by HanCinema is licensed under a Creative Commons Attribution-Share Alike 3.0 Unported License.
Based on a work from this source