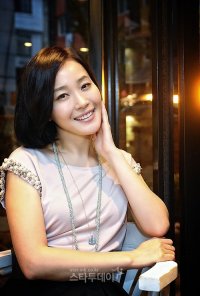 The movie "Private Eye" is a thriller about Hong Jin-ho (Hwang Jung-min), who is chasing a mysterious serial killer, and medical student Kwang-su (Ryu Deok-hwan), his helper.

This movie is Uhm Ji-won's first attempt at a historical play. She plays Soon-duk, a noble's wife who secretly acts as a female inventor and helps Jin-ho by making him inventions that he needs for his investigation.

Uhm Ji-won has been recognized for her acting through movies "Trace of Love", "The Scarlet Letter", and "Scout". Through the role of Soon-duk, she will have a wonderful and elegant side as a noble's wife, and also a tough and powerful side as a female inventor.

Uhm Ji-won said, "Soon-duk, both a noble's wife and a new woman, is an important character. She has a lot of charm and I personally feel an attachment to her. I'm looking forward to it and I hope you will be interested in "Mr. Vertigo"".

"Uhm Ji-won, first attempt at historical play with movie "Private Eye""
by HanCinema is licensed under a Creative Commons Attribution-Share Alike 3.0 Unported License.
Based on a work from this source