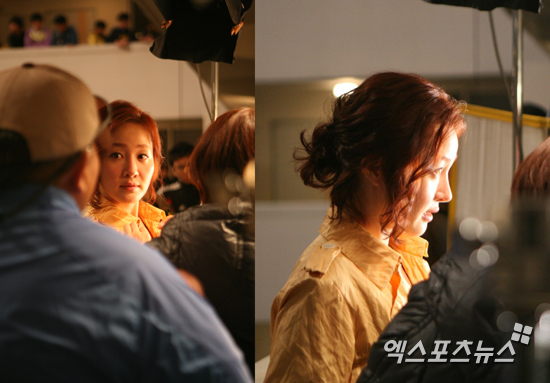 Actress Uhm Ji-won's real life picture taken on the set of "Man on the Edge" is an issue.

Coming back for the first time in 2 years, she plans of transforming into a comical act as a virgin shaman.

She has once anticipated the movie and working with Park Shin-yang on her Twitter previously.

The picture is of a scene where she rings the doorbell to Park Shin-yang's home drunk, and despite it being the first shoot, she performed well.

"Uhm Ji-won's movie "Man on the Edge""
by HanCinema is licensed under a Creative Commons Attribution-Share Alike 3.0 Unported License.
Based on a work from this source