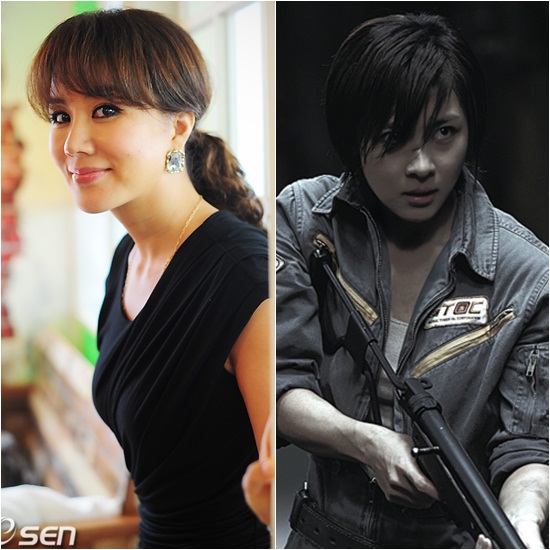 She uploaded on her Twitter on the 14th, "Ha Ji-won from "Sector 7" is shining. I know she always does her best but I don't think I would have done the motorcycle team".

Netizen's say, "Modest Uhm Jung-hwa", "It would have been great if it was you too", "A great movie with the leading Korean actress'.

"Sector 7" is about the fight between the crew of the oil drill ship 'Eclipse' and an unknown creature in the middle of nowhere. It was released on the th of August.

Meanwhile, Uhm Jung-hwa is in the middle of the night sometimes.

"Uhm Jung-hwa "Ha Ji-won is a shining star" "
by HanCinema is licensed under a Creative Commons Attribution-Share Alike 3.0 Unported License.
Based on a work from this source