Uhm Tae-woong Joins The Best Moment of Our Lives 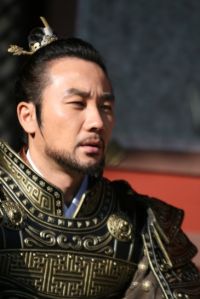 Uhm Tae-woong will play opposite the female leads Moon So-ri and Kim Jung-eun in the real-life sports drama "The Best Moment of Our Lives" ("Forever the Moment" - Woori Saengae Chwegoui Soongan). The depiction of the Korean national women handball team's performance at the 2004 Athens Olympics is in the hands of director Yim Soon-rye. Eom declared through a spokesman that director LIM was a main reason to commit himself to the project.

Eom is cast as the new manager of the national handball team. He introduces a tough European scientific training method to drill his team which leads to friction between the players and the coach. Eom's character was a prodigy athlete who became a star player in Europe. His good looks and his tendency to steal the spotlights with his showmanship also contribute to the love-hate relationship between the coach and players. However, the team went on to challenge the world's strongest handball nation Denmark at the Olympics in a heroic game which culminated in two extra times to decide the game.

Eom and MOON successfully worked together on last year's "Family Ties" ("The Birth of a Family") Gajokeu Tansaeng). The critically acclaimed feature by director Kim Tae-yong deconstructs the traditional family in Korean society.

"Uhm Tae-woong Joins The Best Moment of Our Lives"
by HanCinema is licensed under a Creative Commons Attribution-Share Alike 3.0 Unported License.
Based on a work from this source