Uhm Tae-woong to Meet with Japanese Fans in Seoul 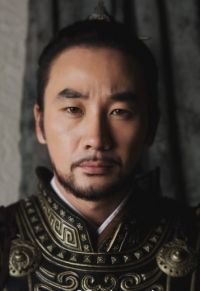 Actor Uhm Tae-woong, whose popularity has risen further due to his role in his latest TV drama "Devil", will meet with his Japanese fans in Korea.

Some 130 Japanese fans of the drama will visit the drama's shooting location in Pyeongtaek on April 21 and attend Eom's fan meeting that same evening at the Grand Hilton Hotel in Seoul.

The Japanese fans will present the cast of "Devil" with 10,000 folded-paper cranes to wish success for the drama. Journalists from some 20 Japanese media outlets will reportedly accompany the fans.

Eom has gained popularity in Japan for his role in the TV drama "Revenge". "Devil", which has drawn significant attention in Japan, will air in that country in October on a satellite TV channel.