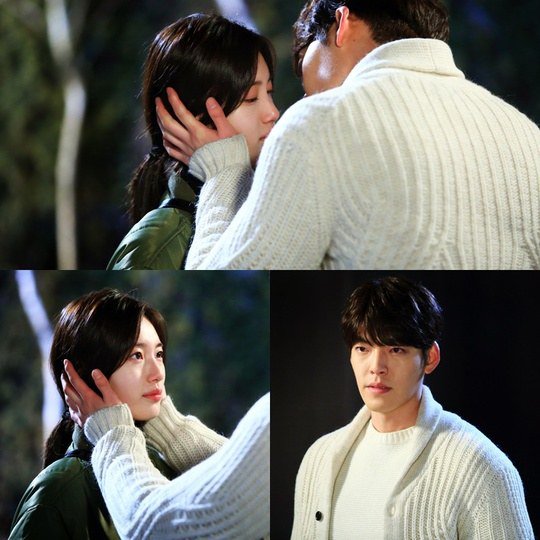 On the seventh episode of the KBS 2TV drama "Uncontrollably Fond", Kim Woo-bin and Suzy have their first kiss at last.

Kim Woo-bin and Suzy's first kiss was taken in February sometime. They appeared on set with bright faces but were anxious about the upcoming kiss scene. They didn't say much while getting ready and only concentrated on getting their emotions ready. They went through the routine and even discussed on the perfect kiss angle.

Even though Kim Woo-bin and Suzy had to do this in the cold, they worked hard. They had a couple of NG's but they didn't mind and repeated the scene again until they were satisfied.

""Uncontrollably Fond" Kim Woo-bin and Suzy kissing"
by HanCinema is licensed under a Creative Commons Attribution-Share Alike 3.0 Unported License.
Based on a work from this source