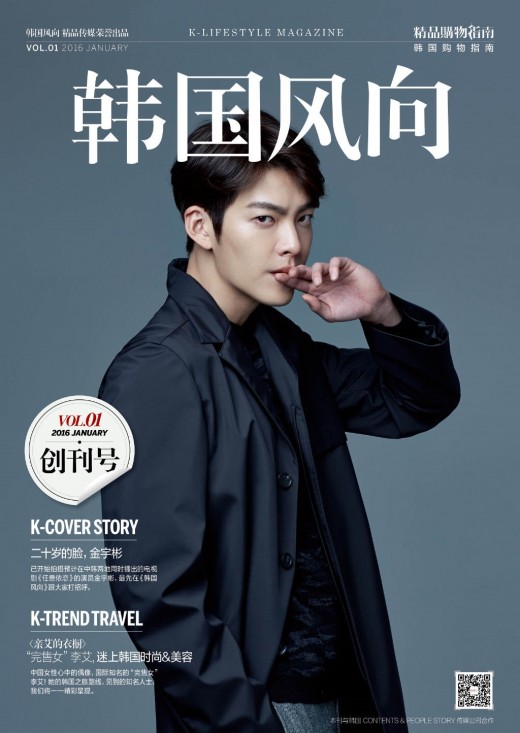 Actor Kim Woo-bin appeared on the first issue of a Chinese Hallyu magazine.

Kim Woo-bin's swoon-worthy manly appeal is well presented on the front cover page of the magazine.

Kim Woo-bin is currently filming his comeback drama, "Uncontrollably Fond", in which he plays Hallyu actor and singer Sin Joon-yeong.

"Uncontrollably Fond", which is slated to go on air in 2016, depicts the unkind yet ardent love story between a bossy super star and a materialistic and servile producer, who happen to meet again since they were forced to be separated due to their ill-fated relationship.

""Uncontrollably Fond" Kim Woo-bin appears on the cover of Chinese Hallyu magazine"
by HanCinema is licensed under a Creative Commons Attribution-Share Alike 3.0 Unported License.
Based on a work from this source