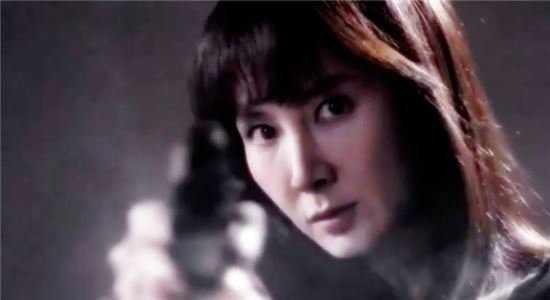 Actress Chae Shi-ra is going through some big changes.

The teaser for KBS 2TV drama "Unkind Women" was released.

"Unkind Women" starring Kim Hye-ja, Chae Shi-ra, Jang Mi-hee, Lee Soon-jae and others, has been the hottest topic recently. The teaser is only 30 seconds long but Chae Shi-ra makes a strong impression of her character here.

Chae Shi-ra runs and runs constantly, rolls down the stairs and stuffs her face with food while her hair is a mess.

Meanwhile, "Unkind Women" is a story about three generations of women finding true love through hate and love.

""Unkind Women" Chae Shi-ra goes under mass transformation"
by HanCinema is licensed under a Creative Commons Attribution-Share Alike 3.0 Unported License.
Based on a work from this source