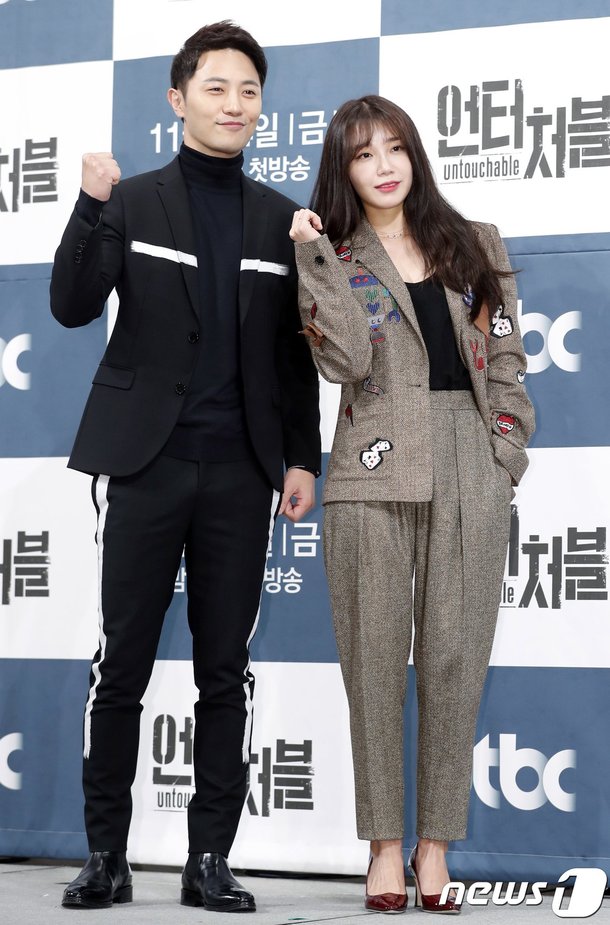 Jung Eun-ji is back with the new JTBC drama",Untouchable". The premiere of the drama was held on the 21st in Seoul with the appearances of Jin Goo, Kim Sung-kyun, Jung Eun-ji, and Go Joon-hee.

Jin Goo said, "I was able to join the drama thanks to director Jo Nam-gook and writer Choi Jin-won. We've come halfway and I don't think I regret my decision".

Kim Sung-kyun said, "I watched all of director Jo Nam-gook's works and loved them. He makes the actors stand out and I've always wanted to work with him. I am the bad guy in this drama, but it was worth a try".

Jung Eun-ji who is an investigator in the drama said, "It's something I haven't tried before and I decided that it was a good chance for a change".

"My last drama was two years ago so I thought hard about it. I wondered how I was going to do this, but at the same time, I think the character is so appealing".

Meanwhile, "Untouchable" is an action drama about Jang Joon-seo who loses his loving wife and faces the ugly truth about his family, and Jang Gi-seo who turns bad in order to live. The drama begins on the 24th at 11 PM KST.

""Untouchable" is Jung Eun-ji's first drama comeback in two years"
by HanCinema is licensed under a Creative Commons Attribution-Share Alike 3.0 Unported License.
Based on a work from this source