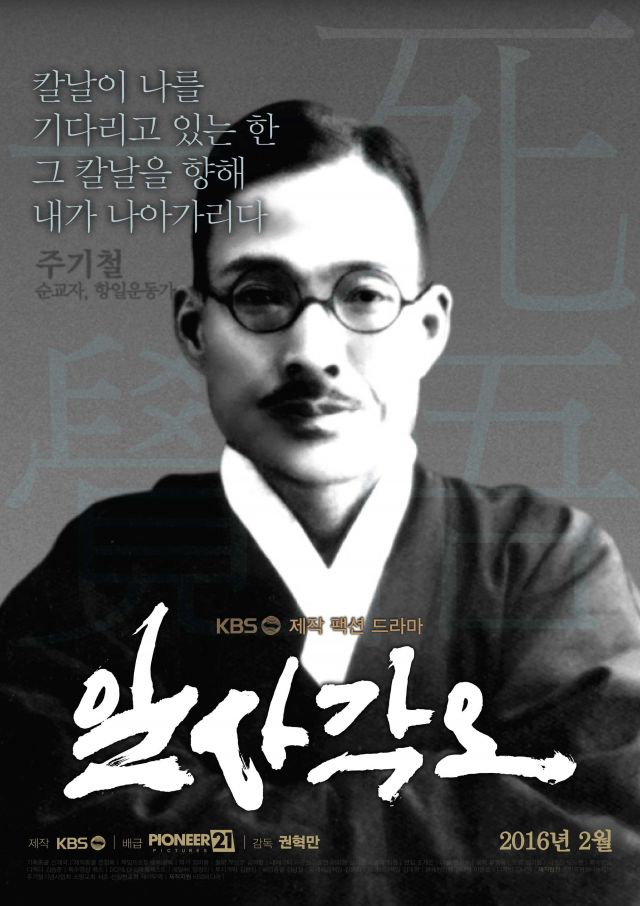 Synopsis
During the Japanese Invasion, Father Joo Ki-cheol was tortured for his opposition to the shrine of worship. He resisted for the sake of his country and people which made him known as the most symbolic character in upcoming Korean Christianity as well as the most renowned martyr. He died in prison at the young age of 47 and the only thing he left behind are the words 一死覺悟. Here we introduce the faith and life he lived fighting against the Japanese powers in a realistic and touching story. What is the basis of ' faith ' and what is 'belief'?

The Japanese suppression forced religious organizations to subdue to Shrine worshiping and even the Presbyterian church of Korea resolute to shrine worshiping. However, Christianity is still the biggest obstacle of all in the Japanese reign. About 200 churches were closed down fighting against the Japanese. Over 2,000 Priests and devotees were arrested and about 50 of them lost their lives. We re-highlight the history of the upcoming Korean Christian Independence Movement that questions justice and faith.