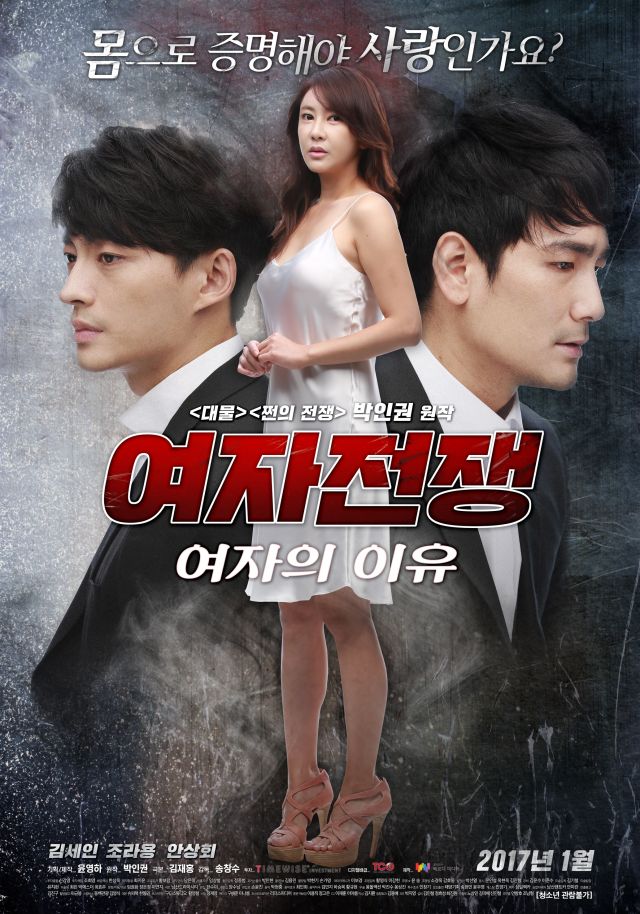 Synopsis
Ip-se (Kim Se-in) is a caregiver with a body so full and voluptuous her clothes might burst off of her any time. All the men in her hospital ward wish dearly to be touched and cared by her. But all she has eyes for is her husband Cheon-dong (Ra Yong). However, her husband becomes sexually handicapped due to an accident even before they get to spend their first night together. Ip-se tells her husband, "My love for you is eternal although we may not have physical bonding" but Cheon-dong doesn't believe in love that can't be proven physically and decides to kill her...

"I won't let you go on your own. Life without you is meaningless to me".
Se-ip decides to die with Cheon-dong and they leave on a suicide trip together. As if they were destined, Se-ip meets Ha-gyoon (Ahn Sang-hwe) and becomes curious about the body of a man. She spends a night with Ha-gyoon and realizes there is another meaning to love. She breaks up with Cheon-dong and he feels betrayed.