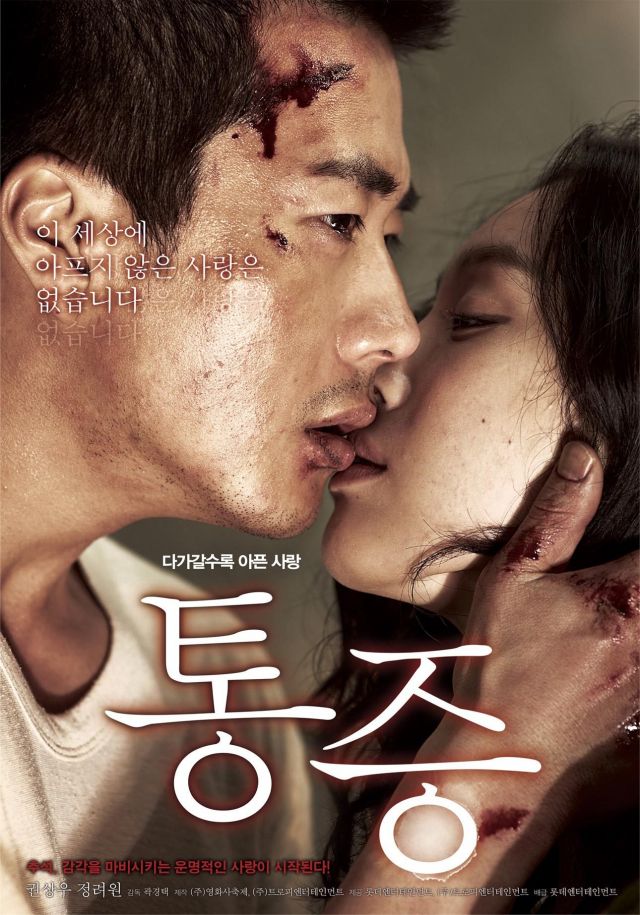 Synopsis
Renowned as a natural-born storyteller, star webcomic illustrator Kang Full's body of work has long provided a source of fresh material for the film industry. "Painted" is the latest in a long line of works that have gone from cartoon to screen, including "Love Story" (2004), "BA:BO" (2008), "A.P.T" (2006), "29 Years" (2009, cancelled) and "Late Blossom" (2011).
After losing his family when he was young, Nam-soon (kwon Sang-woo) feels no pain. He cannot feel physical pain and is emotionally barren until he meets Dong-hyun (Jung Ryeo-won), who calls herself a vampire because she suffers from hemophilia. Unlike Dong-hyun, when Nam-soon is injured, she bleeds from even the smallest wound. As the two grow closer, Dong-hyun suddenly begins to lose his lifelong insensitivity to pain and the hurt of a lifetime washes over him.
kwon Sang-woo is known for his role in the 2010 war movie "71-Into the Fire" and the 2003 comedy "My Tutor Friend". Jung Ryeo-won rose to fame in the TV soap opera "My Name is Kim Sam-soon" in 2005. The film is directed by Kwang Gyeong-taek, who is best known for the 2001 hit "Friend".