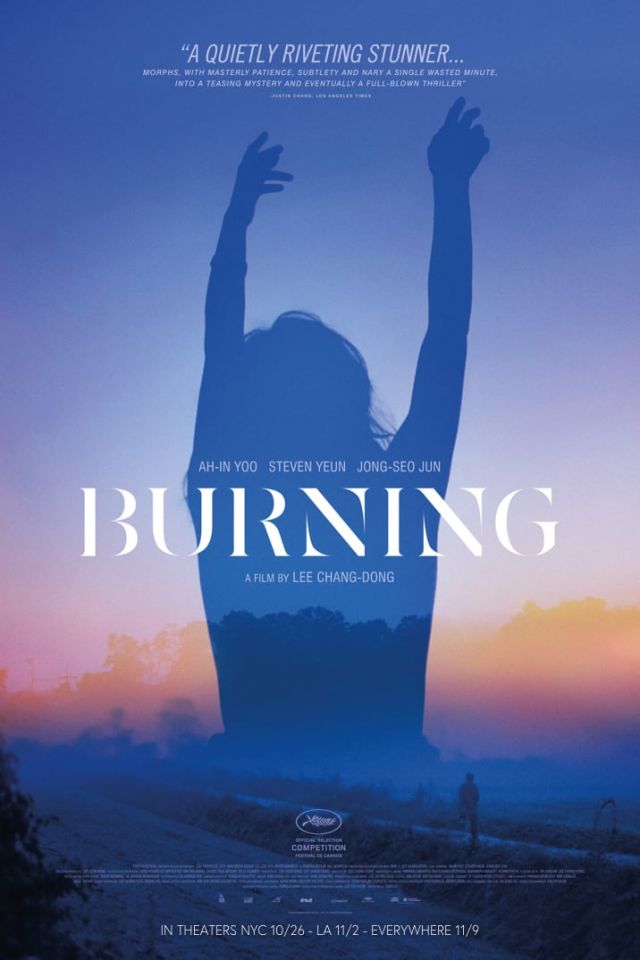 Based on a story by international best-selling author Haruki Murakami, "Burning" is the searing examination of an alienated young man, Jong-soo (Yoo Ah-in, "The Throne"), a frustrated introvert whose already difficult life is complicated by the appearance of two people into his orbit: first, Hae-mi (newcomer Jeon Jong-seo), a spirited woman who offers romantic possibility, and then, Ben (Steven Yeun, The Walking Dead, Sorry to Bother You), a wealthy and sophisticated young man she returns from a trip with. When Jong-soo learns of Ben's secret fetish of burning down greenhouses and Hae-mi suddenly disappears, his confusion and obsessions begin to mount, culminating in a stunning finale.

"[USA + Canada] "Burning" lands in select theaters starting October 26th #Burning @WellGoUSA"
by HanCinema is licensed under a Creative Commons Attribution-Share Alike 3.0 Unported License.
Based on a work from this source