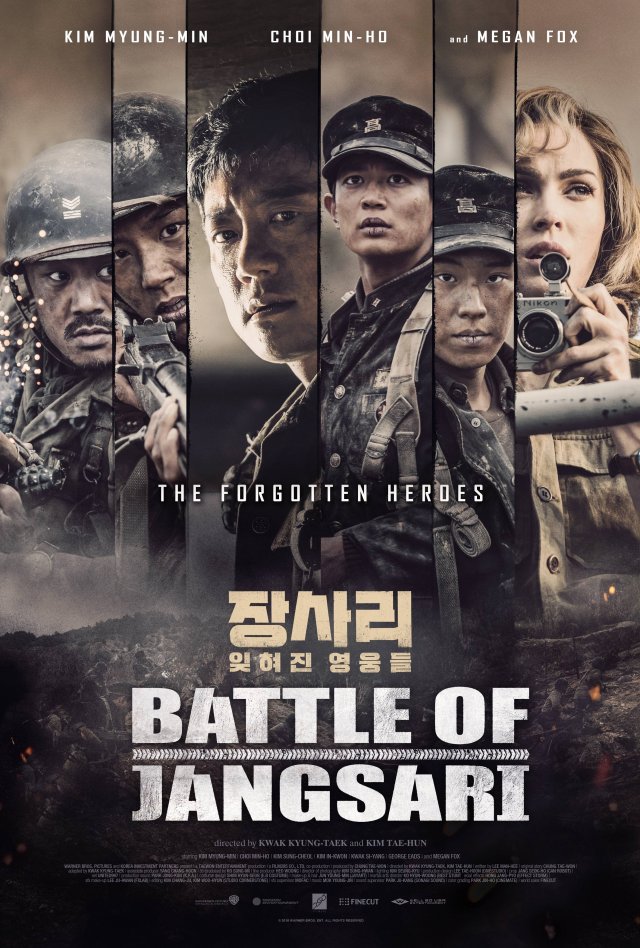 "The Battle of Jangsari"

Release Date: October 11
Running Time: 108 mins
Rating: Not Rated
Language: Korean w/ English Subtitles
Directed by: Kim Tae-hoon-II, Kwak Gyeong-taek
Starring: Megan Fox, Kim Myung-min, Choi Minho, George Eads
Synopsis: At a critical point in the Korean War, a small, inexperienced battalion of student soldiers are tasked with liberating the strategic location of Incheon. With little ammunition, low food supplies and second-hand weapons, the soldiers head for the frontlines of Jangsari beach. Based on the true story of forgotten heroes of the Korean War, can the student soldiers successfully carry out their mission and turn the tide of the war?

"[USA + Canada] Kwak Gyeong-taek's "The Battle of Jangsari" starring Megan Fox hits theaters October 11th"
by HanCinema is licensed under a Creative Commons Attribution-Share Alike 3.0 Unported License.
Based on a work from this source