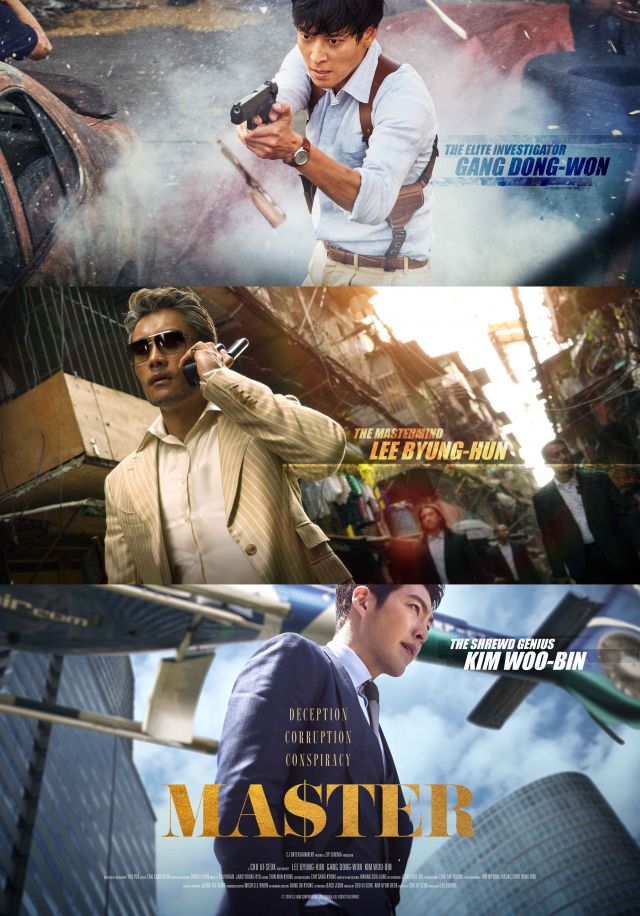 Asia's leading studio CJ Entertainment, the signature film division of major media and content company CJ E&M, is releasing the action-packed South Korean crime thriller, "Master" in theaters across North America on January 6, 2017. The film will have viewers at the edge of their seats as they follow a high-tech cat and mouse chase to stop one of the biggest corporate frauds in history.

In "Master", a major crimes investigation team led by the charismatic and aggressive detective Kim Jae-myeong - played by Gang Dong-won ("A Violent Prosecutor", "The Priests", and "JEON WOO CHI : The Taoist Wizard") - works to take down One Network Inc. a company involved in a multibillion-dollar heist. The corporation is led by Chairman Jin – a notorious swindler – played by Hollywood star Lee Byung-hun (Magnificent 7, Red 2). The popular Korean TV actor, Kim Woo-bin ("The Con Artists", "Twenty"), plays Park Jang-goon, Jin's right-hand man and an expert computer programmer who's intentions are not as predictable as we may think. The clock is ticking for Detective Kim to finally stop the corrupt corporation once and for all.

"Master" is directed by Cho Ui-seok, who's previous title "Cold Eyes" drew over 5 million admissions in 2013.