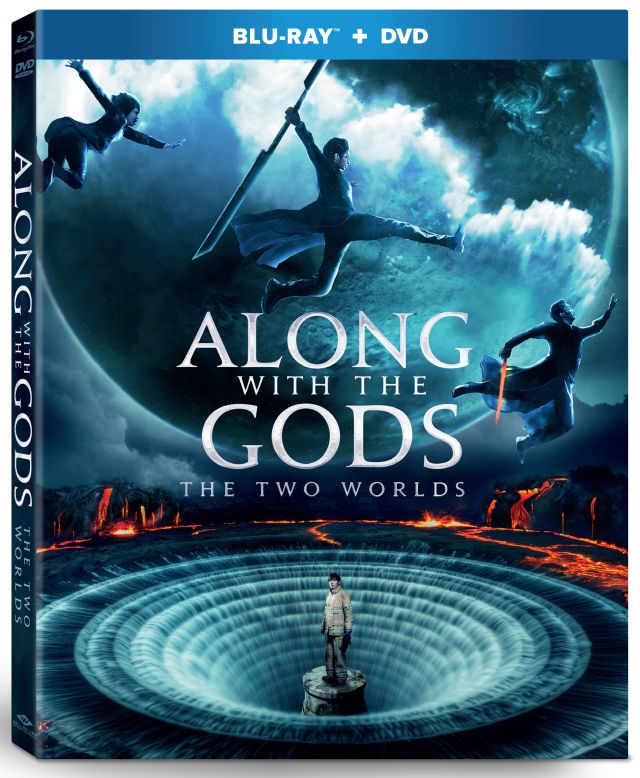 " Kim Yong-hwa has delivered something that's every bit as grand as something out of the
Marvel Cinematic Universe". ~ Richard Gray, THE REEL BITS.com

"The acting is superb  The four leads showcase emotion on a scale that is almost unprecedented in mainstream American cinema". ~ Chris Swain, REEL RUNDOWN.com

"Along With the Gods: The Two Worlds"

"Along With the Gods: The Two Worlds", the star-studded, action-packed fantasy epic about life, death, rebirth and the unseen forces that guide us through all, debuts on digital, Blu-ray Combo Pack and DVD April 10 from Well Go USA Entertainment. After a heroic death, a firefighter navigates the afterlife with the help of three guides. Written and directed by Kim Yong-hwa ("Take Off") and based on a wildly popular webcomic, the film is the third biggest box office hit of all time in Korea. "Along With the Gods: The Two Worlds" features an all-star cast, including Ha Jung-woo ("The Handmaiden"), Cha Tae-hyun ("My Sassy Girl"), Ju Ji-hoon ("Asura: The City of Madness"), Kim Hyang-gi ("Thread of Lies") and Lee Jung-jae ("The Assassination").  The bonus materials include behind-the-scenes footage and character intros.

Synopsis:
After dying unexpectedly, firefighter Ja-hong is taken to the afterlife by three guardians, where only after passing seven trials and proving he lived a noble life will he be able to reincarnate.

Bonus Materials Include:
Behind the Scenes
Character Intro
Teaser Trailer
Main Trailer
"Along With the Gods: The Two Worlds" has a runtime of approximately 140 minutes and is not rated.