[USA and Canada] Korean War Drama "A Melody to Remember" to Make Debut on February 5 ***Free Tickets (US only - First-Come, First-Served)*** 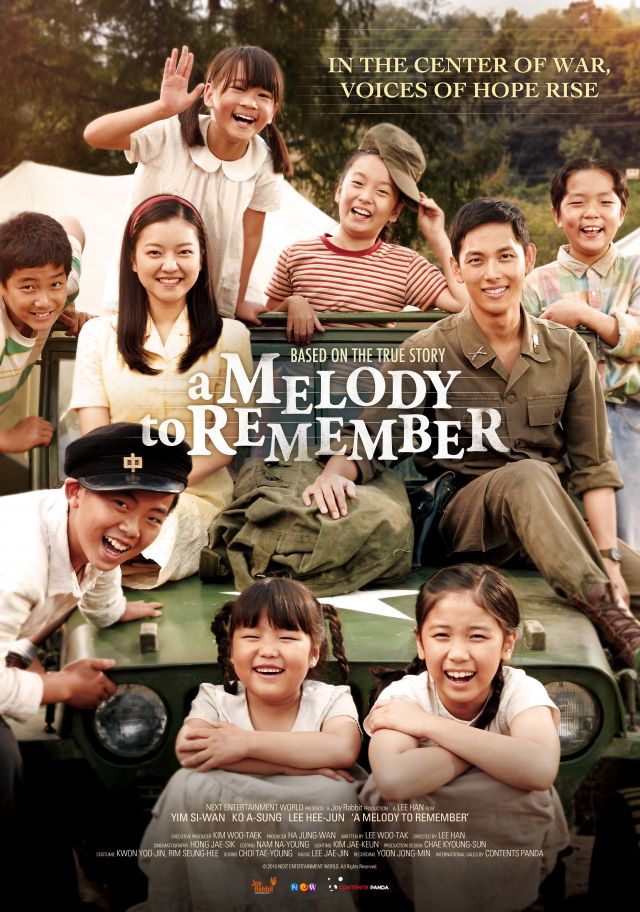 In "A Melody to Remember", Second Lieutenant Han Sang-Yeol (Im Si-wan) is a platoon leader during the Korean War. After losing his family, he is assigned to a new base where he meets other war-orphans who carry the same pain he does. With the help of Ju-mi (Go Ah-sung), the base's caretaker, Han decides to create a choir with orphans to protect them.

The choir provided entertainment to the soldiers on battlefields and hospitals during the Korean War. After the ceasefire, they toured Japan, Southeast Asia, and Europe in the '60s. This film is based on this real life choir, and the filmmakers took extra efforts to cast over 30 child actors who knew how to act and sing. They also worked with music composer Lee Jae-jin-III in selecting the right songs that fit the tone of the film.

"A Melody to Remember" is currently at the top of the Korean box office, attracting over 900,000 in admissions to date, with "The Revenant" and "Big Short" behind it. The film will be released in 13 major locations in North America including New York, Chicago, Los Angeles, and Toronto.

1 pair of tickets for other screenings for these locations only