[USA] "Deliver Us From Evil", on Blu-ray & Digital May 25 #DeliverUsFromEvil @WellGoUSA 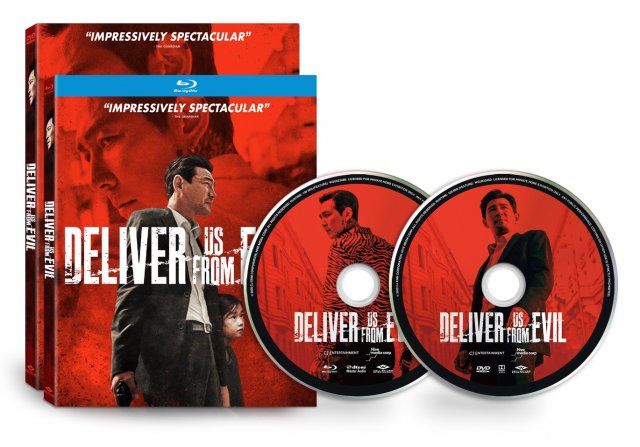 "... a relentless and bloody high-octane thriller which lands on all fronts". ~ Backseat Mafia

"Deliver Us From Evil"

"Deliver Us From Evil" is an action-packed thriller about a government-agent-turned-mercenary forced to re-emerge when he learns a little girl closely connected to him is kidnapped. However, when an infamous gangster learns who has entered the country and is finally within his grasp, he goes on a bloody rampage to thwart the ex-agent's rescue mission. Directed by Hong Won-chan ("The Office"), who infused the film with "impressively spectacular shootouts in the streets and a Bourne-level rooftop chase" (The Guardian), "Deliver Us From Evil" stars Hwang Jung-min ("The Wailing", "The Spy Gone North"), Lee Jung-jae ("Tazza: One Eyed Jack", "Along With the Gods: The Two Worlds" and "Along With the Gods: The Last 49 Days"), Park Jung-min ("Svaha: The Sixth Finger"), Park So-yi ("Hotel Lake"), and Moon Hee-seo ("Anarchist from Colony", "Okja").

A #1 hit at the Korean box office, "Deliver Us From Evil" debuts on Digital, Blu-ray™ and DVD
May 25 from Well Go USA Entertainment. Bonus content includes a "Making-of" and "Filming Locations" featurettes. 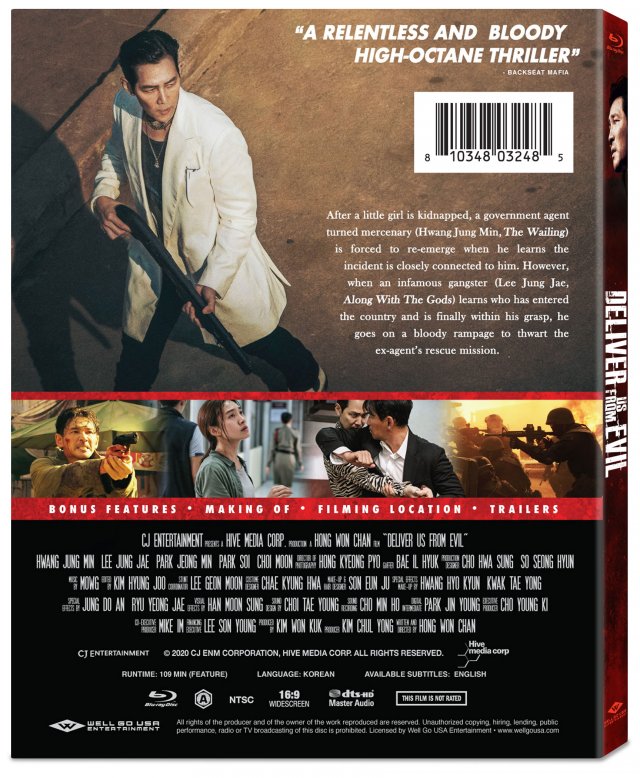 Synopsis:
After the shocking kidnapping of a little girl in Thailand, a mercenary with a murky past as a government black ops agent (Hwang) is forced to re-emerge from the shadows when he learns the incident is closely connected to him. With the help of expat Yui (Park), he flies to Thailand and begins tracking the girl's whereabouts, moving ever closer to the notorious child trafficking ring responsible for her abduction. However, when an infamous gangster nicknamed The Butcher (Lee) learns just who has entered the country and is finally within his grasp, he goes on a bloody rampage to thwart the ex-agent's rescue mission as retaliation for a killing that even he will never be able to forget-or forgive.

"Deliver Us From Evil" has a runtime of approximately 109 minutes and is not rated.