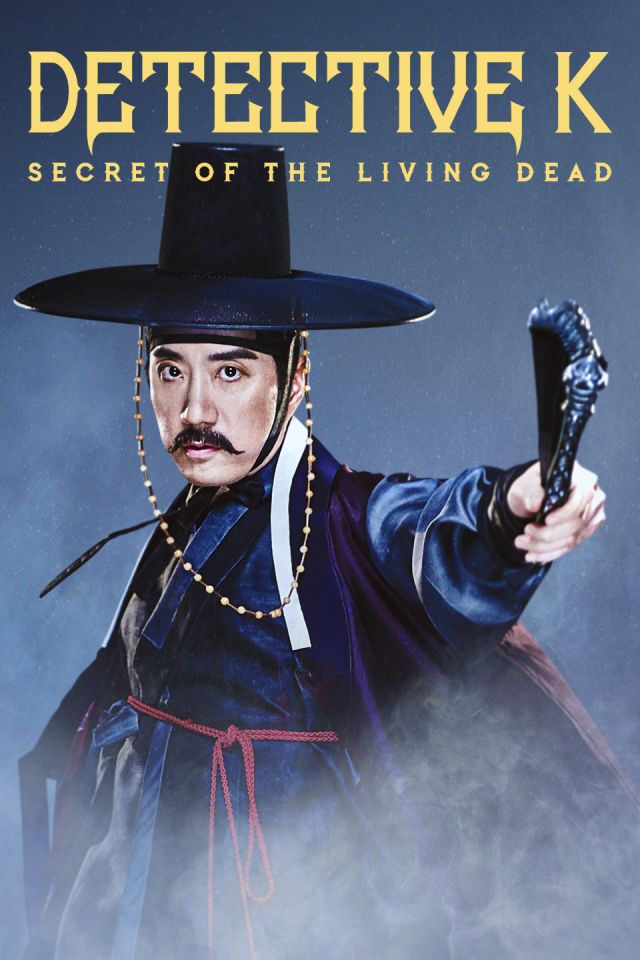 "Detective K: Secret of the Living Dead" On Digital September 25

"The give-and-take between the brilliant but bumbling hero ... and his dim sidekick ... is consistently charming and funny, at once parodying and paying homage to the classic Sherlock Holmes and Dr. Watson dynamic".
~ Noel Murray, LOS ANGELES TImES

Synopsis:
When a series of unusual murders occurs, Detective K (Kim Myung-min) and his partner (Oh Dal-soo) are once again called upon to solve the case. Along the way, he teams up with a beautiful woman (Kim Ji-won) with amnesia and together they discover Vampire bite marks on all of the bodies. As they investigate further, they begin to realize that the woman is somehow closely connected to the deaths.

"Detective K: Secret of the Living Dead" has a runtime of approximately 119 minutes and is not rated.