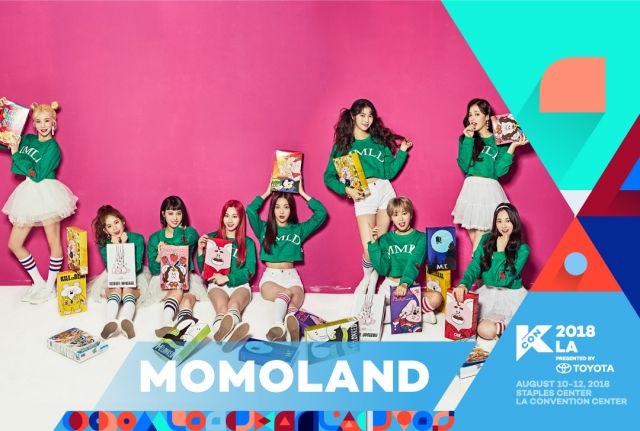 KCON USA, the world's largest Korean culture convention and music festival presented by Toyota, announced today that K-pop artists Crush, Dynamic Duo, and MOMOLAND will perform at KCON 2018 L.A. which is taking place August 10-12 at the Staples Center & LA Convention Center. This year, KCON Los Angeles will expand the K-Beauty, food, and gaming components of the convention, while offering even more access to K-pop artists as it returns for its seventh year.

MOMOLAND is a girl group formed by MLD Entertainment through Mnet's survival program Finding Momoland in 2016. The winning members who became the 7 members of Momoland were Hyebin, Yeonwoo, Jane, Nayun, JooE, Ahin, and Nancy and debuted with EP Welcome to Momoland on November 10, 2016. On April 10, 2017, they released first DS Wonderful Love and when the album released, MOMOLAND added two new members Daisy and Taeha, completing the current 9-member line-up. On August 22, 2017, they released their second EP Freeze! with title track " Freeze ". The group saw a breakthrough after making a comeback with their third EP, Great!, which included title track "Bboom Bboom" on January 3, 2018. The week after, they performed the song and immediately took the win on Mnet's M COUNTDOWN. The single jumped to No. 4 on Billboard's World Digital Song Sales, becoming the third-best-selling K-pop song in America in last week of January. On May 23, 2018, the group announced to be making their comeback on June 26, 2018. 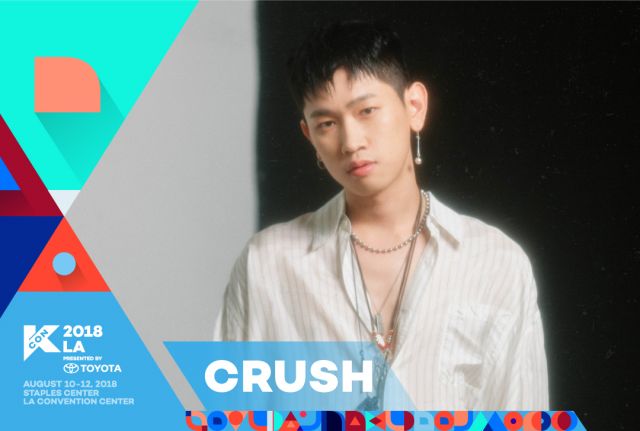 Crush debuted in 2012 with the release of single "Red Dress". He released a single titled "Sometimes" in April 2014 and his first album, Crush On You, in June 2014. This R&B artist hailing from Amoeba Culture has boosted his experience with producing gigs for Korean rappers LOCO, Gray, Zico. In 2014, he collaborated with Zion.T to release the single "Just" which became another hit. As a solo artist, Crush had an immensely successful 2014 with the sensual "Hug Me" and melancholic "Sofa" followed by the release of two EPs, Interlude and Wonderlust, in 2016. In 2018, Crush released a new single titled "Bittersweet". 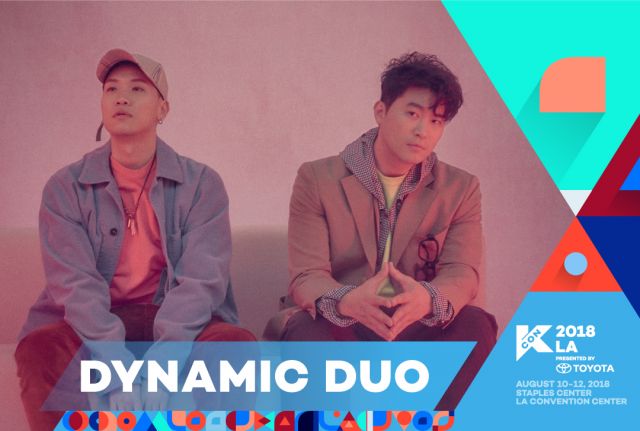 Dynamic Duo is a Korean hip-hop duo composed of Choiza and Gaeko. The duo officially debuted as Dynamic Duo in 2004 with their runaway hit album Taxi Driver. In 2006, they founded what is now one of the hottest labels in Korean hip-hop, Amoeba Culture. Their second full-length album Double Dynamite earned them "Best Hip Hop Album of the Year" at the 2007 Korean Music Awards. Dynamic Duo has released a total of 8 studio-length albums with numerous charted hits. They took home "Best Rap/Hip Hop" award at the 2017 Melon Music Awards and "Best Collaboration" at the 2017 Mnet Asian Music Awards with "Nosedive" featuring EXO's Chen. On February 7, 2018, they released their latest single "Bongjeseon".

The New York metro area edition of KCON 2018 is taking place at the Prudential Center in Newark, NJ on June 23 and 24.

For more information and the latest KCON news, visit www.kconusa.com and follow @KCONUSA on Twitter, where more information will be announced. Join the conversation with #KCON18NY and #KCON18LA. Recap videos of both LA and NY events can be found on its YouTube channel (www.youtube.com/kconusa).

"[USA] KCON LA Adds Momoland, Dynamic Duo, and Crush to Artist Line-up"
by HanCinema is licensed under a Creative Commons Attribution-Share Alike 3.0 Unported License.
Based on a work from this source