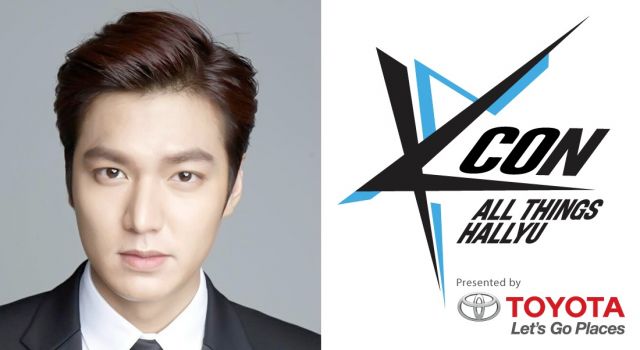 KCON 2016 LA Presented by Toyota revealed today that Lee Min-ho ("Boys over Flowers", "City Hunter") will make a special appearance during this year's event. KCON 2016 LA will take place from July 29-31 at the Staples Center, the Los Angeles Convention Center and The Novo by Microsoft. Tickets are on-sale now for various KCON events including the convention. More information and tickets can be found at kconusa.com.

One of the most recognized Korean actors of all time, Lee Min-ho first gained widespread fame with his role in the Korean drama classic "Boys over Flowers". Additional notable drams that he has starred in include "The Heirs" and "City Hunter". Although not his only role in a feature film, recently Lee Min-ho has starred in the box office hit Gangnam Blues.

Celebrating its fifth anniversary, KCON 2016 LA will consist of a three day convention with two massive concerts closing out both Saturday and Sunday night. Filled with panels, workshops, performances, booths and more, KCON LA will have over 150 local merchants and businesses participating. Here, attendees can find booths representing various aspects of Korean culture including music, television and film, fashion, beauty and more. Also taking place as part of the convention will be the KCON Street Food - a free open air food market - and the Halo Championship Series Finals at Club Novo. More information and tickets to the finals can be found HERE.

For more information and the latest KCON news, visit kconusa.com and follow @KCONUSA on Twitter, where more information will be announced. You can also join the conversation with #KCON16LA.

Tickets for KCON LA are on sale now here! For a full list of artists, special guests, and additional announcements, please visit www.kconusa.com.