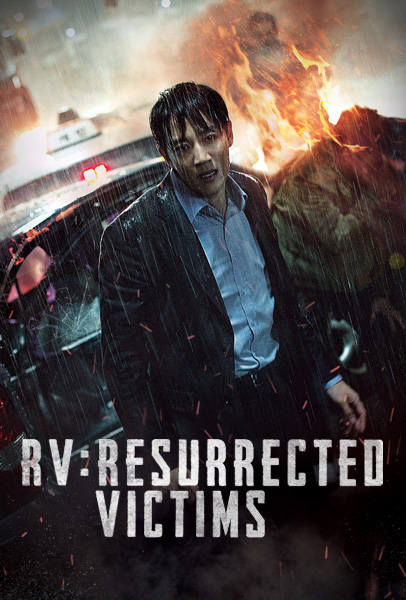 Vengeance Brings the Dead to Life.

Based on the novel It Is Over by Park Ha-ik., the fast-paced, nail-biting thriller "RV: Resurrected Victims" debuts on digital February 6 from Well Go USA Entertainment. Directed by Kwak Gyeong-taek ("Eye for an Eye"), "RV: Resurrected Victims" stars Kim Rae-won ("Gangnam Blues") and Kim Hae-sook ("The Handmaiden") the taunt terrifying tale of the Resurrected Victims Phenomenon, where murder victims come back to life to avenge their murderer and a prosecutor is suspected of his mother's murder when she returns from the dead ...

Synopsis:
In the near future, murder victims have begun coming back to life with the sole purpose of avenging their deaths. Jin-hong (Kim Rae-won) is a cold-hearted prosecutor who's obsessed with catching the man that killed his mother- but when she returns home, intent on killing him, he quickly becomes the lead suspect.