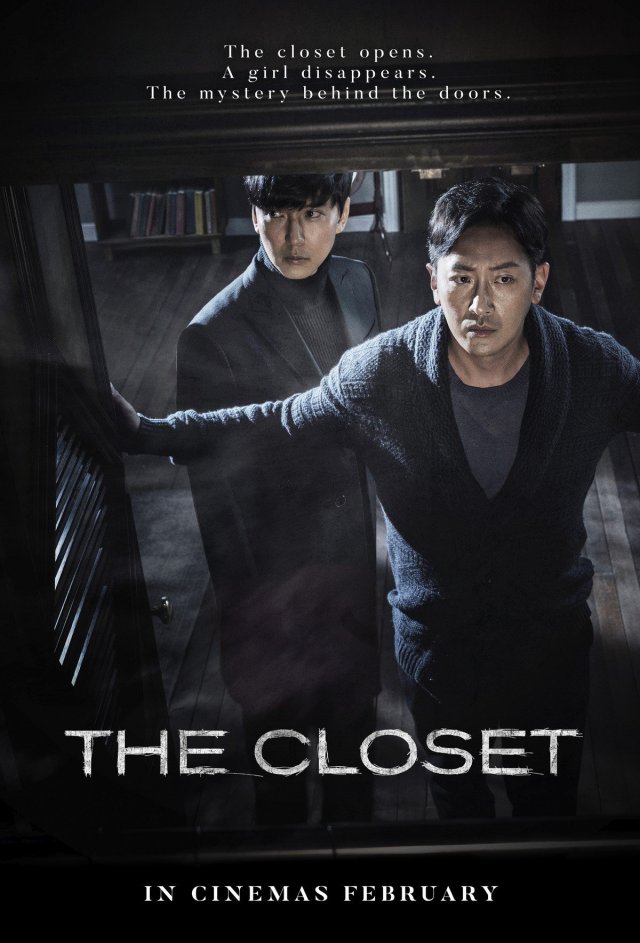 Mystery and the supernatural lie at the center of "The Closet" - a hotly-anticipated new thriller from South Korea. The film, which is written and directed by newcomer Kim Kwang-bin, will open at CGV Los Angeles and CGV Buena Park on February 14th.

When a tragic accident leaves Sang-won (Ha Jung-woo) and his daughter InA (Heo Yool) without their wife and mother, he moves to a new home to restore his relationship with his daughter. Despite all his efforts, nothing he does seems to work but she makes a new friend who makes her laugh. This moment of peace doesn't last long, as strange noises trickle out of their closet and InA begins displaying strange behaviors. A few days after Sang-won starts having eerie nightmares, InA disappears without a trace. While searching for her, Sang-won comes across enigmatic Kyeong-hoon (Kim Nam-gil), who seems to know where InA has disappeared to: the closet. Kyeong-hoon tells Sang-won that he's been looking for whereabouts of missing children for the past 10 years and believes that the key to finding Sang-won's daughter is inside the closet. Desperate to find his daughter, Sang-won reaches out to open the forbidden closet...

"The Closet" stars Ha Jung-woo, Kim Nam-gil and Heo Yool and is directed by Kim Kwang-bin. The film is produced by CJ Entertainment ("Parasite") and distributed by capelight pictures.