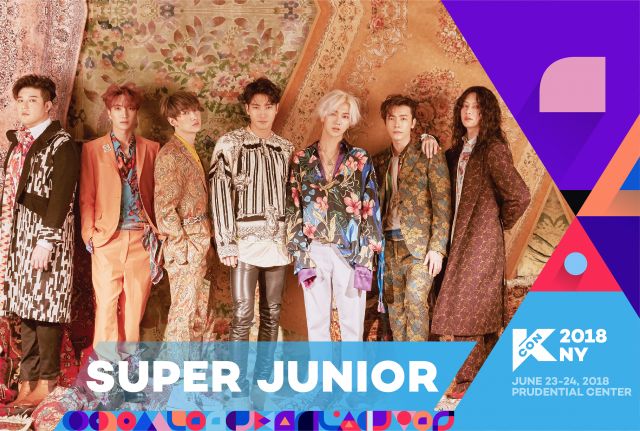 KCON USA, the world's largest Korean culture convention and music festival, announced today that chart-topping K-pop boy bands Super Junior and fromis_9 will perform at this summer's New York metro area edition on June 23-24 at the Prudential Center in Newark, NJ. The ticket on-sale dates for KCON 2018 NY are Friday, May 11 at 3 p.m. EDT for concert tickets, and Monday, May 14 at 3 p.m. EDT for convention tickets.

KCON USA also announced ticket prices and benefits today. Concert ticket price will range from $50 to $1,500 while the convention ticket for the two days is $20. Artist meet & greet tickets will also be available for purchase. More information can be found at www.kconusa.com.

Super Junior debuted as a twelve-member boy group produced by SM Entertainment and debuted with single "Twins (Knock Out)" in 2005. The group comprised a total of thirteen members when they released single "U" in 2006. Super Junior launched into great international recognition following the release of their best-selling single "Sorry, Sorry" in 2009. Super Junior has been one of the best-selling artists in the history of K-pop, having earned thirteen music awards from the Mnet Asian Music Awards, sixteen from the Golden Disc Awards, won Favorite Artist Korea at the 2008 MTV Asia Awards as well as the International Artist and Best Fandom at the 2015 Teen Choice Awards. Currently, the actively promoting members of Super Junior for their upcoming 8th repackage album Replay are Leeteuk, Kim Heechul, Yesung, Shindong, Eunhyuk, Choi Si-won, and Donghae. The repackage album dropped on April 12 with title track "Lo Siento". 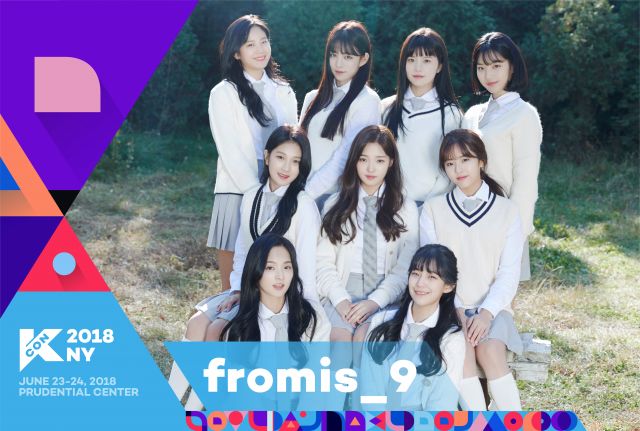 Fromis_9, an initialism for "From Idol School", is a nine-member girl group formed through Mnet's reality show "Idol School" in 2017, which ran from July 13 to September 29. As a result of live and online voting, Roh Jisun, Song Hayoung, Lee Saerom, Lee Chaeyoung, Lee Nagyung, Park Jiwon, Lee Seoyeon, Baek Jiheon and Jang Gyuri secured spots in the final ranking and formed fromis_9 on the same day. Before their official debut, the group performed their pre-debut single "Glass Shoes" at the 2017 Mnet Asian Music Awards in Japan. The group officially debuted on January 24, 2018 with their first EP "To. Heart" along with their lead single "To Heart".

"[USA] Super Junior and Fromis 9 Join KCON 2018 NY Line-Up"
by HanCinema is licensed under a Creative Commons Attribution-Share Alike 3.0 Unported License.
Based on a work from this source