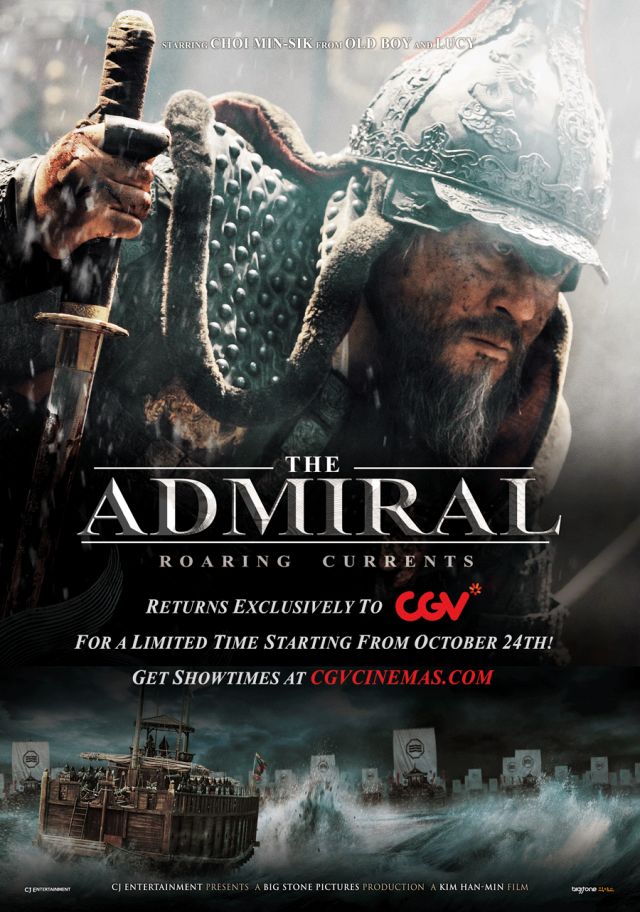 The highest grossing Korean-language film in North America, ""The Admiral: Roaring Currents"", is returning to CGV Cinemas LA. Due to a surge of requests from moviegoers still clamoring to see the film, "The Admiral" returns for a two-week limited engagement.

"Because the film already played 10 weeks at our theater, we were very surprised at the  high demand". said theater manager Jason Kim. "It's important to serve our audience with the most current movie selection, but the response was so strong that we decided to bring 'The Admiral' back".

The film is now available for 2 weeks beginning November 6th at CGV Cinemas LA. This is a great opportunity for those who didn't have a chance to catch the film on the big screen during its original run.

""The Admiral: Roaring Currents"" became the highest grossing Korean-language film in North America, surpassing $2.5 million in earnings at the U.S. box office. The stateside success of "The Admiral" follows on the heels of its dominance at the South Korean box office. Since premiering on July 30th, "The Admiral" became the most watched film of all time in South Korea, with over 17 million admissions and breaking multiple box office records. The film is now set for its premiere in China where it's expected to break new records as it opens on more than 3,000 screens.