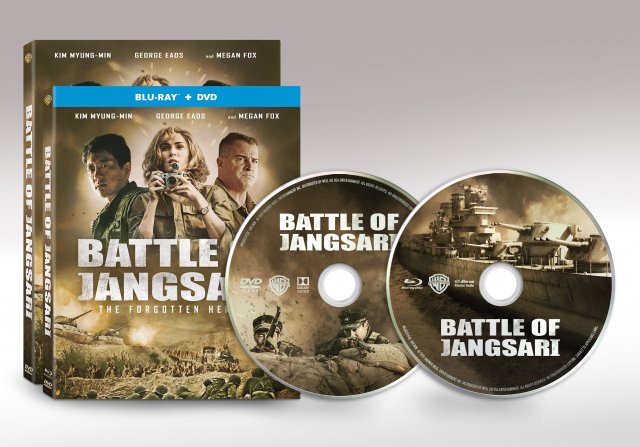 "...for those unfamiliar with Korean history, the setting and viewpoint are unique and the battle scenes engrossing". ~ Cary Darling, HOUSTON CHRONICLE

"The Battle of Jangsari"


Described by film critic Roger Moore as "a solid combat film, a visceral, sentimental account of [an] assault by the Republic of Korea Army...", the epic war drama "The Battle of Jangsari" debuts on digital, Blu-ray™ Combo Pack and DVD January 28 from Well Go USA Entertainment. The film is a depiction of the Battle of Incheon during the Korean War in 1950, focusing on the engrossing true story of a group of 772 student soldiers who staged a small diversionary operation at Jangsari beach to draw away North Korean attention from Incheon. Co-directed by Kwak Gyeong-taek ("Friend") and Kim Tae-hoon-II ("IRIS 2"), the action-packed war film features a top-flight cast including Kim Myung-min ("Detective K"), Choi Minho of K-pop boy band SHINee, and Megan Fox ("Transformers").

Synopsis:
At a critical point in the Korean War, a small, inexperienced battalion of student soldiers are tasked with liberating the strategic location of Incheon. With little ammunition, low food supplies and second-hand weapons, the soldiers head for the frontlines of Jangsari beach. Based on the true story of forgotten heroes of the Korean War, can the student soldiers successfully carry out their mission and turn the tide of the war?

"The Battle of Jangsari" has a runtime of approximately 108 minutes and is not rated.