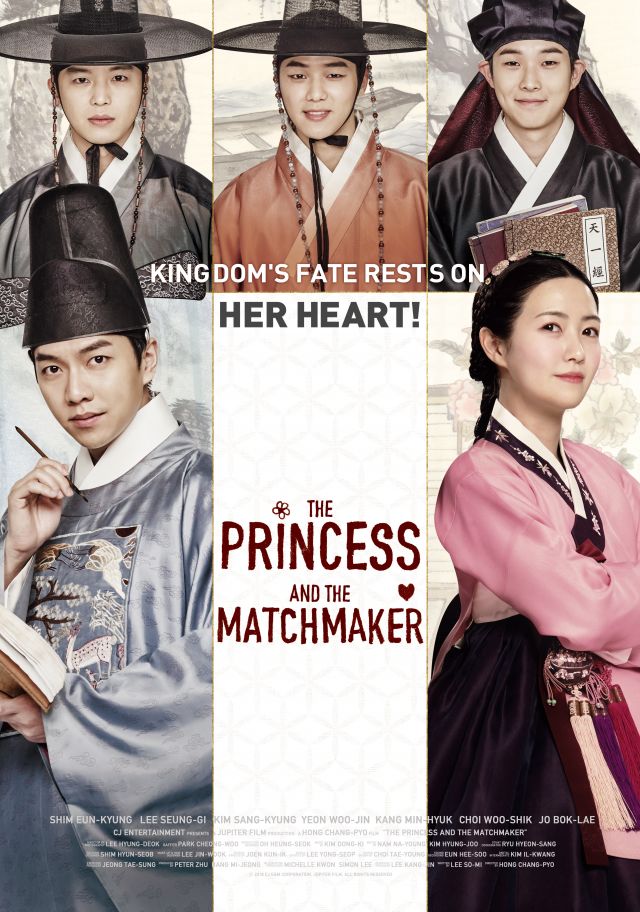 South Korea's newest historical romantic comedy to premiere in North America, "The Princess and the Matchmaker", will warm audiences' hearts with laughter this winter. Produced by the team of "The Face Reader" and "Train to Busan", the film stars Korea's prized actress, loved by all ages, Shim Eun-kyung ("Miss Granny") and Korea's all-around actor/entertainer, Lee Seung-gi. "The Princess and the Matchmaker" is a limited release and premieres at CGV Cinemas Los Angeles and Buena Park, CA and at Edgewater Multiplex Cinemas in Edgewater, NJ on March 9.

In "The Princess and the Matchmaker", during the wake of the country's prolonged famine, the Palace arranges Princess Songhwa's (Shim Eun-kyung) marriage in hopes to improve the country's misfortune. A renowned diviner, Seo Doyoon (Lee Seung-gi), is brought in to find the perfect husband that will have the best marital harmony with the princess. Choosing from candidates from all over the country, four prospective husbands with different fate signs are shortlisted. The princess refuses to accept that her life partner will be chosen solely based on fortune reading. She takes it upon herself to meet the candidates before the final decision is made.