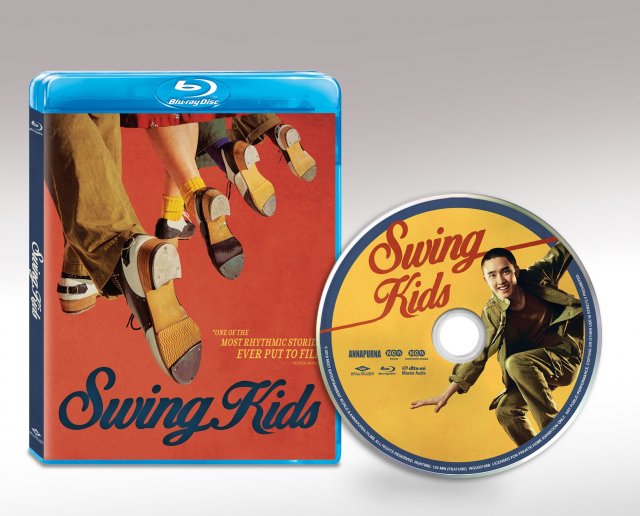 Beloved K-pop star Do Kyung-soo leads the rhythm in "Swing Kids", which is debuting on Blu-ray™ June 18th from Well Go USA Entertainment. In order to get through the trials and tribulations of war, soldiers at a POW camp find a way to cope through dance. Directed by Kang Hyeong-cheol, the film also stars Jared Grimes ("Manifest"), Park Hye-soo ("Will You Be There"), Oh Jung-se ("Rosebud", "Fabricated City") and Kim Min-ho ("Queen for 7 Days").

Synopsis:
In this swinging musical drama set during the Korean War, the soldiers at a POW camp plan a tap show to distract both themselves and the prisoners from the hardships of war. Led by a former Broadway dancer and a rebellious North Korean soldier, the band of prisoners find a new sense of freedom in dancing..

"Swing Kids" has a runtime of approximately 134 minutes and is not rated.