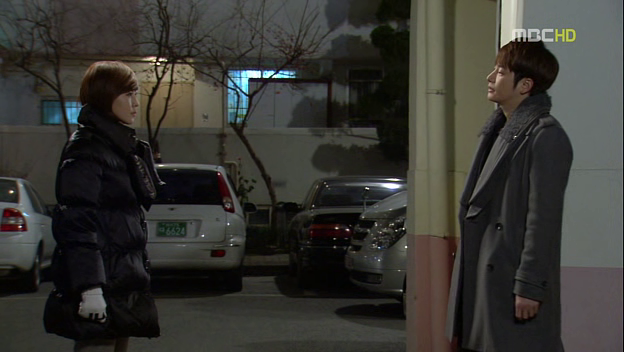 The review of this drama was postponed and postponed for over half a year and when I finally gave it a green light – I forgot to bring the series with me for my vacation break. The quick re-watch was necessary.

I remember I had huge problems with starting to watch this series last year. I like (*cough*euphemism*cough*) Park Si-hoo, but the topic was absolutely out of my range of tolerance. Oh, how grave mistake! When I yielded, I was glad I started on this one.

The plot is simple and highly tricky, and it reveals nothing of the real series, so those of you who didn't have the chance to watch it or don't like spoilers, please refrain from reading, because my reviews are full of spoilers. They are also subjective, biased, and all of the insights (I hope) are based on my own personal Idaho experience, this is why I usually do reviews only of those dramas/movies that somehow "clicked" with me. If they don't, I drop them mercilessly, like I did with "Secret Garden" and "City Hunter". This is why I pour so many thoughts into them and maybe this is why I over-interpret them. But, as Umberto Eco said once, if an over-interpretation can be proven, it's not over-interpretation.

Having said that, let's jump into the wagon.

The drama is about 30-something careerwoman for whom success is the main goal in life. She's cold, bossy and hated by her "right hand woman", foxy, scheming lady. She's also cherished by her boss – single, iceberg-cold and remorse-less Perfect Boss.
According to dramawiki Hwang Taehee is the daughter of a chaebol and team leader at her workplace. She is married to Bong Junsu who works at the same company. When Bong Junsu's ex-girlfriend, Baek Yeojin, who happens to be Hwang Taehee's rival as well, begins to work in her team, troubles start to surface. Taehee has to juggle her challenges in love with those in work, helping shape her boss and department director, Gu Yongshik, from an insensitive and uninterested second generation chaebol to a true leader. Taehee's seeming success in love, however, presents her with another problem as she begins to realize that marriage involves just as many obstacles to overcome, blah blah…
Seriously, I couldn't believe my eyes with what I saw in the first episode. Because in the first episode we had almost all typical drama plots condensed. This drama started with a huge twist and ended with the outcome that is apparently too bold for other dramas (vide: very, very liberal "I Need Romance" that ended with cliché). Some may say, Hey lady, what kind of twist in this boring over 32-hours-long housewife drama?
First episode. The very first episode is one of the best first episodes I have ever seen.
We have a lady, the one I described above who is single and is pressed to stay single by her boss. So that they both can rule the world someday, drink red wine and have cats. In the same time, in this cosmetics company starts working one guy who had left his longtime girlfriend because of her apparent affair. Then he wants to aim higher, he wants to reach out and touch faith… no wait, wrong song… He wants to get himself a successful lady. Our main heroin is perfect for this plan. Her biological clock ticked, he was close, they fell in love, they dated, they married, she was sacked because of that. End of the story. But no, this is only the first episode.
See, this is the twist we get at the beginning of the drama. Usually, and even judging from the plot for this on dramawiki, dramas show us the hard path to happiness. Happiness = marriage. Whether it's true or not it's not my right to judge, I'm not married. And in the first episode we had it all – romantic dinners, Boss' fury (juxtaposed parents' fury in the face of marital plans of the offspring), the jealous ex and clash of the families.
The end of the episode jumped five years ahead. Our lovey-dovey pair is now a pair with the kid and with no love left whatsoever. 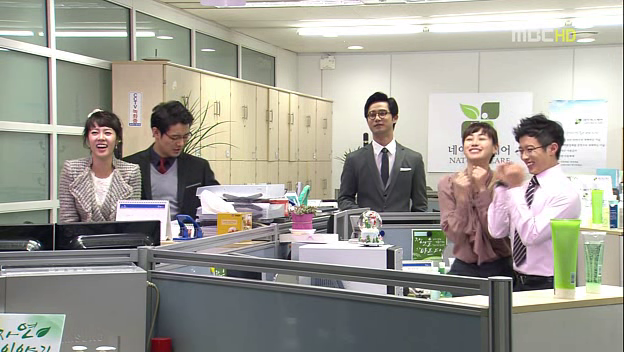 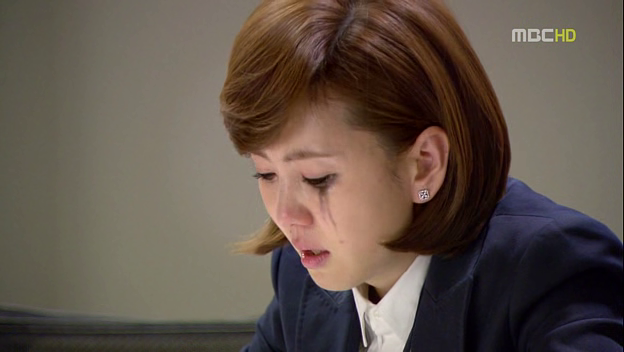 Not relying solely on his abundant charm, but on solid acting. He has a good hand for scriptwriters (even in a train-wreck that "Iljimae" was), and is always given best lines. There is nothing presumptuous in calling him the King of Confessions, because the man is given such lines, every woman (read: I and few others) can easily faint from over-excitement.
This is not an award winning drama. It's a slightly unusual story shown in a very usual way. No fireworks, no pompous OST, no overbearing drama. It has many flaws, and extending it twice caused it to lose the pace. They had to introduce some characters that were completely irrelevant to the main story, but they fitted nicely and enriched the spectrum of the main characters. It was also very real, because we meet people not in particular point in life but on everyday basis. I really hated his mother, but just clenched my teeth and said to myself that this is writers' reality, and I have to accept it, because maybe there are parents like that out there.
But last couple of episodes kept me on my last nerves, I almost had a breakdown, and if this didn't end the way it did, I would probably write huge complaints to the MBC and criticize it here and there. Some may complain (because there always is someone who complains) that her drama-llama was way too much, that it was useless and all. Well, basing on my own personal bias and opinion – she had every right to act the way she did. She has been betrayed few times, she was cheated on, she lost her friends, she was bullied and pressured to give up. So a puppy love is not actually what a 40-yo woman wants, to be perfectly frank. Plus, she had a kid, and children are usually hindrances in starting new relationship. She didn't take him seriously. And she had absolutely no intention to become his one-night-stand.
This drama resonated with many of the situations either I was in or my friends were. Unhappy marriage, career value, hesitating over starting anew…
She tried to be happily married with the guy she loved, and it turned out that disadvantages were prevalent, so instead of suffering "till death do us apart" she decided to divorce him.
As Taehee stated in the last episode: "A good woman and a good man doesn't necessary lead to a happy relationship". I think this drama is about trying. Trying to be a little different from the crowd, to break free from the rules for your own good. It's a drama about learning to love and appreciate it. It left me with warm heart and hope to incorporate some traits of Taehee into my daily routine. Like being professional.
"Queen of Reversals" features Kim Nam-joo, Jung Joon-ho, Chae Jung-an and Park Si-hoo

"[User Review] Queen of Reversals"
by HanCinema is licensed under a Creative Commons Attribution-Share Alike 3.0 Unported License.
Based on a work from this source