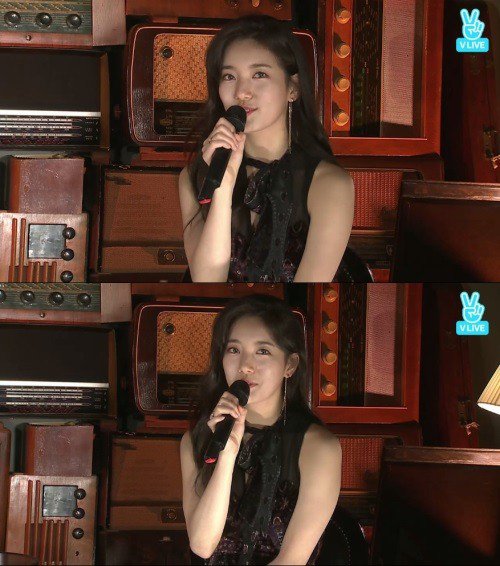 Suzy talked about the making of music videos for her new single.

Suzy claimed her music video was shot all over Hong Kong. It was cold and wet due to the rain that they didn't expect but the videos turned out good.

Suzy said, "Out of all the places we filmed in, I remember the laundromat scene. It wasn't a set and it was a very busy place. On one side they were doing the laundry and on the other we were filming. The owner was very nice and I'll always remember it".

Meanwhile, Suzy's first solo album will be released on the 24th of January. The album was created based on Suzy's ideas and Park Jin-young's influence.

"V App Suzy, music video in Hong Kong, even laundromats "
by HanCinema is licensed under a Creative Commons Attribution-Share Alike 3.0 Unported License.
Based on a work from this source