Veteran Actress Breaks Through After 20 Years in Obscurity 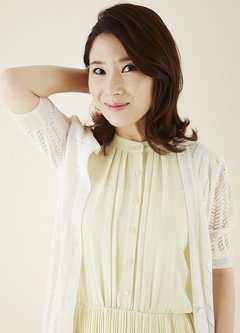 The hit series "Jang Bo-ri Is Here!" came to an end on MBC on Oct. 5, and a veteran actress finally made a lasting impression in the show.

Hwang Young-hee plays a poor mother who tries to do everything for her daughter. For the role, she had to put on layers of dark makeup to look haggard and tired.

"I look much better in person", the 45-year-old joked from Mokpo, South Jeolla Province.

Hwang started out as a stage actress in 1993, mostly playing strong mother or grandmother parts. In real life she is single and has no children. "I often get asked how I can play mothers without even being married. But you don't have to be a murderer to play a murderer, do you?" she says.

"I think my inexperience actually helped me approach motherhood in a more objective way. After all, actors need to be able to act".

As soon as the show ended, Hwang immediately started on a new drama, also for MBC. She will also be on stage for the first time in six years in December and has been asked to appear in a commercial for a telecom company. After two decades of obscurity, Hwang has finally broken through.

"To be honest, I was worried about my twilight years as an unknown actress. But I didn't mind being obscure, because my dream was to be an actor and I realized it", she says.

She admits she will take pretty much any part, whatever show it is. She just loves acting in dramas "because they are the stories of ordinary people around us". "And I get to have a husband and family in soap operas", she adds.