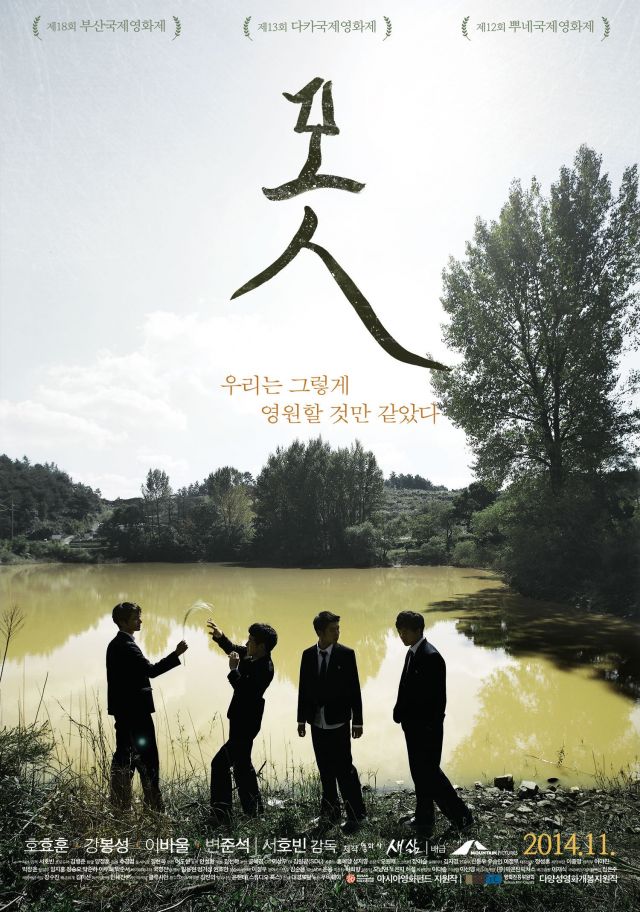 Synopsis
"If the opponent doesn't know there's a secret, then it's not a secret anymore...it's just something that never happened..."

Hyeon-myeong, Seong-pil, Doo-yong and Gun-woo decide to spend a night in the "Mot", their secret hideout to celebrate their last winter vacation as teenagers and Seong-pil's sister, Kyeong-mi's birthday. The party goes on through the night and Gun-woo and Kyeong-mi decide to take a walk into the village. They don't come back for a while and the rest of the children set out to look for them. Later, they find Gun-woo's motocycle abandoned on the street and Kyeong-mi's body, stone-cold dead. Gun-woo goes missing and the three friends graduate and go their own ways. Four years later, Seong-pil, Doo-yong and Hyeon-myeong reunite in their hometown and face the truth of the event that happened that night...