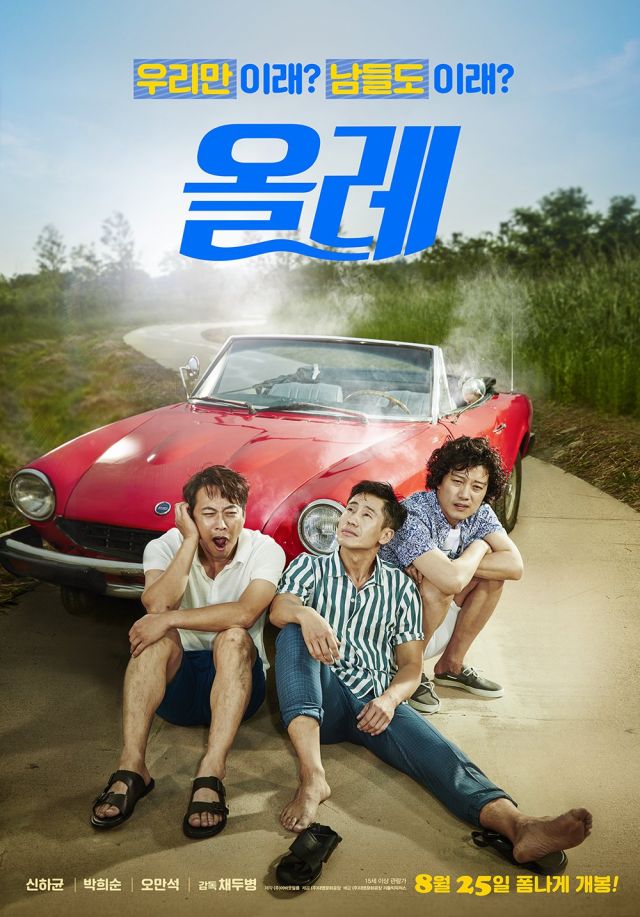 Formerly known as "OLLE: Trail To Reboot"
Synopsis
Three people get a call about a passing one day and they reunite in Jeju: Joong-pil (Shin Ha-kyun) who attends a major company and hopes for retirement, Soo-tak (Park Hee-soon) who has been taking the public worker exam for 13 years, and Eun-dong (Oh Man-seok), a news anchor who looks normal on the outside but is soft on the inside.