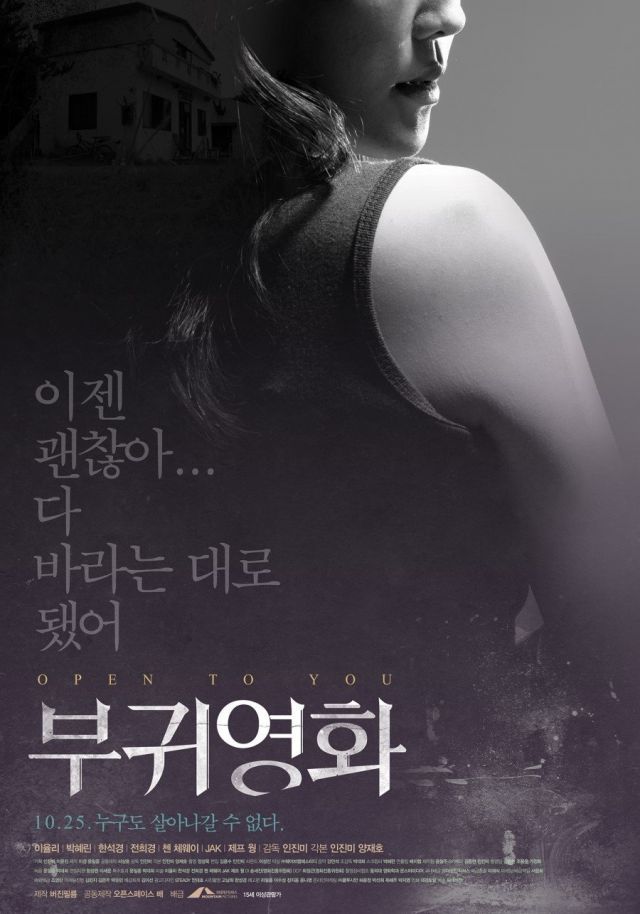 Synopsis
A remote forest, artists disappeared one by one in that mysterious place.
Actual being fine artists from all over the world came the place and joined at the real existence artist-run-center OpenSpace Bae, which located in the isolated forest for an international artist-in-residence program 'Open To You' in the hot summer.
The place is not much far from the down town of Busan but it is surrounded by very wild environment, poor quality facilities and isolated .
The international artists spent their summer collaborating art works and taking a documentary film under a peaceful atmosphere .
One day, the exhibition opening party which is one of main event of the residence program, a strange girl appeared. After the strange girl's appearance every artist looked away each other and just spent their most of time in their studio, not like before.
The artists who had some relationship with the girl, they were disappeared and dead one by one like their own art work styles.
In the documentary director's movie, the last surviver, there were the strange girl that watching the death of the artist...
She turning her head and staring the camera…
'It's OK. Everything is done as what I liked!'