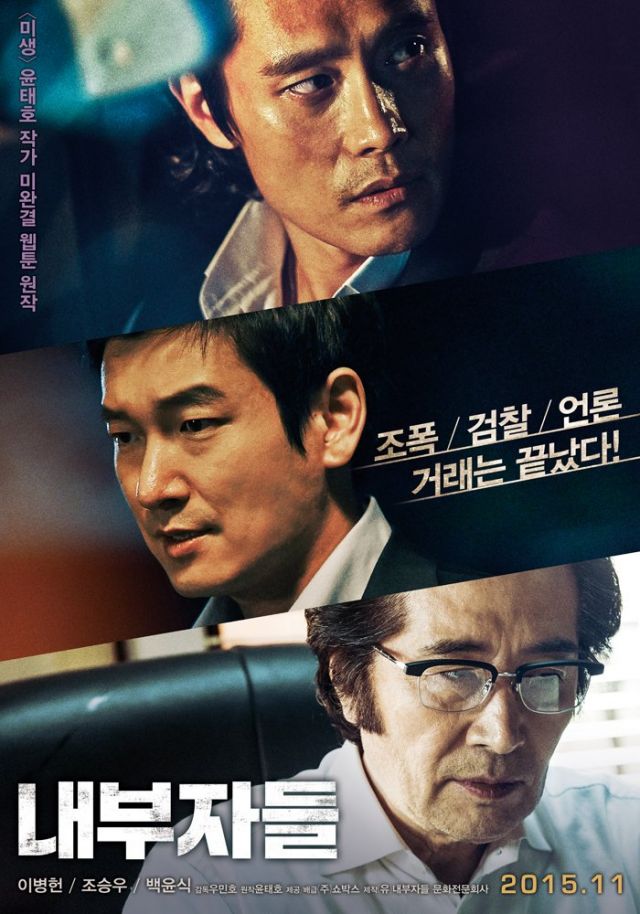 Formerly known as "The Insiders" on HanCinema
Synopsis
LEE Kang-hee, an editorialist of the influential conservative newspaper puts a congressman, JANG Pil-woo to the position of a leading candidate for President using the power of the press. Behind this, there was his secret deal with the paper's biggest sponsor. AHN Sang-goo, a political henchman who supported LEE and JANG gets his hand cut as the price when he gets caught pocketing the record on the sponsor's slush fund. WOO Jang-hoon, an ambitious prosecutor starts to investigate the relationship with JANG and the sponsor believing it is the only chance he can make it to the top. While getting down to the grass roots on the case, WOO meets AHN who has been deliberately planning his revenge. Now the war among the one blind for power, the one hell bent for vengeance, and the one eager for success starts.