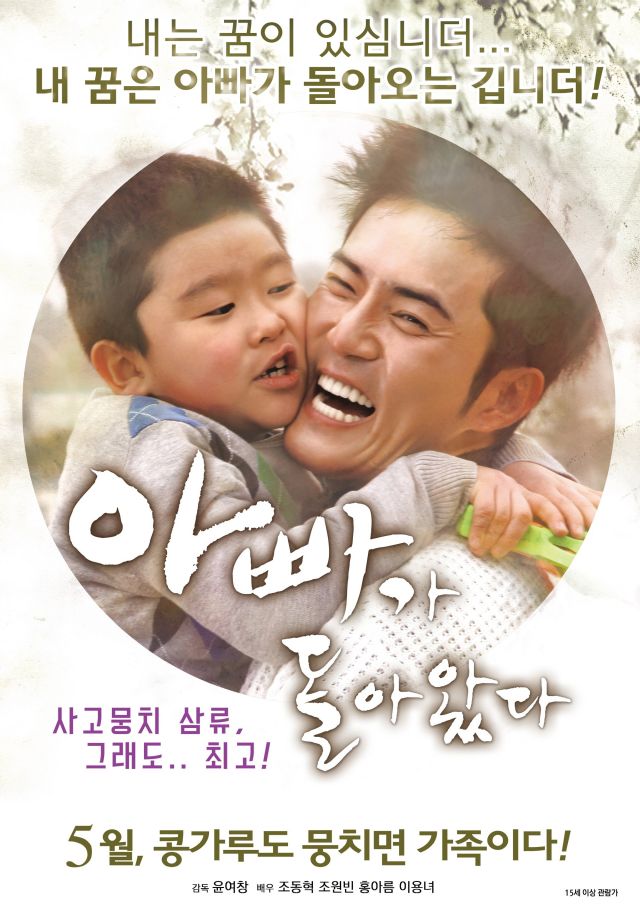 Synopsis
Dong-goo, a lowlife thug, has always been living a hopeless miserable life. One day, he accidentally obtains a bankbook with such a large amount of money as much as one billion won. He travels down to Busan in order to try to obtain the PIN number for the bank account. As Dong-goo meets the eight year old boy, Bok-gi (Jo Won-bin), who believes Dong-goo is his dad, and the boy's mother, Ae-sook (Hong Ah-reum) in Busan, their story begins.