[Video] Added trailer for the Korean documentary "Candle in the Wave" 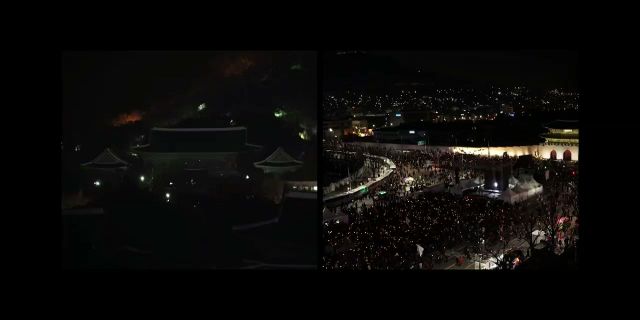 Added trailer for the Korean documentary "Candle in the Wave"

Synopsis
Project 1 _ Hong Hyung-sook
The children who are enthusiastically painting and cutting a doll. What stories will be told at the Square?

Project 2 _ Lee Chang-min-II
A view of the front of the parliament on the day the impeachment bill had passed. At the doorstep of aspirations greeting people again.

Project 3 _ Emmanuel Moonchil Park
A Seongju resident who had an eye-opening experience on the political and social problems during the Anti-THAAD protest attends the Gwanghwamun Square candlelight vigil.

Project 4 _ Kangyu Ga-ram
At the Square, everyone fought against the corruption of President Park Geun-hye. Feminists had the additional burden to fight against misogyny in the Square.

Project 6 _ Kim Su-min
"It's great that they are so young and yet still come out to rallies". "It's like this because young people don't vote" etc. Young people receive unexpected compliments or hear expected accusations. We talk about praises, accusations, and my story.

Project 8 _ Kim Cheol-ｍin
We aim to remember and summarize the wrongdoing of the Park Geun-hye and Saenuri Party through outcries from the Square.

Project 9 _ Choi Jong-ho
How did you come out? What do you hope to see? We listen to the motivation and hope of the people who attended the candle light vigils.

Project 10 _ Kim Jeong-geun
The janitorial worker from the Busan Subway Station, Kim Young-ja talks about how she hopes to see a clean world, just like how she cleans everywhere in the subway.