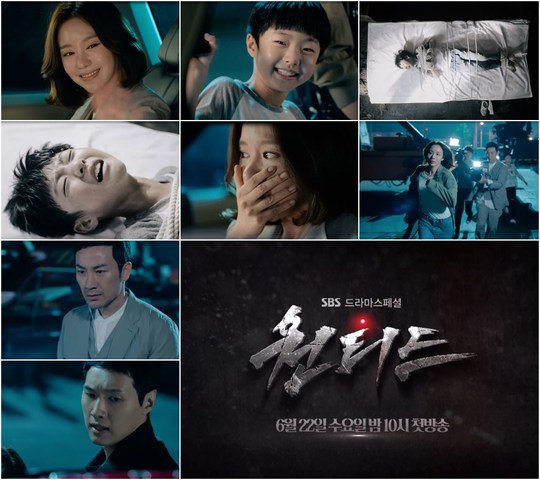 The second teaser for the new SBS drama "Wanted" has been released. Top class actress Jeong Hye-in (Kim Ah-joong) was spending quality time with her son Hyeon-woo (Park Min-soo) until he was kidnapped dramatically in the footage.

Hyeon-woo is tied up with ropes and crying for his mother while Jeong Hye-in is running around trying to find her son and the kidnapper.

The kidnapper demands for Hye-in to 'not call the police' or Hyeon-woo will die and 'to make a reality show' looking for him. Hye-in participates in a reality TV show with director Dong-wook (Uhm Tae-woong). Seung-in (Ji Hyun-woo) takes on the case and tracks down the kidnapper.

Ji Hyun-woo leaves a strong message saying, "He's alive until I see the dead body". Uhm Tae-woong struggles to find the son of his ex-girlfriend and does his best for the TV show.

The teaser is played with the background music "Skyfall" by Adele.

"[Video] 'An actress' son has been kidnapped', "Wanted" second teaser unveiled"
by HanCinema is licensed under a Creative Commons Attribution-Share Alike 3.0 Unported License.
Based on a work from this source