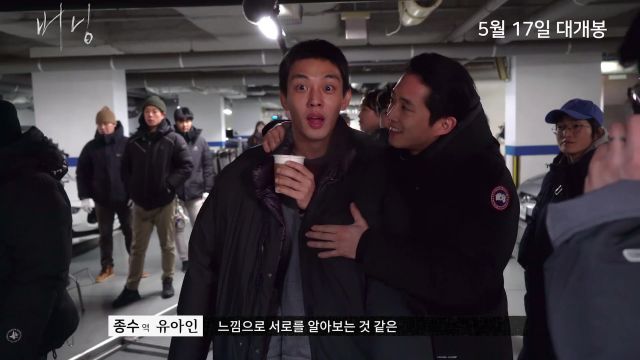 With Lee Chang-dong, the Cannes Film Festival, and an international cat bolstering the fame of "Burning", it certainly is making a splash in the film world. Now you can check out what went on behind-the-scenes of this hot-to-trot film.

Started filming: 2017/09/11
Wrapped up filming: 2018/01/30
Synopsis
The film is a mystery thriller revolving around a woman whose life is intertwined with two men - one rich and the other a courier who struggles to make ends meet.