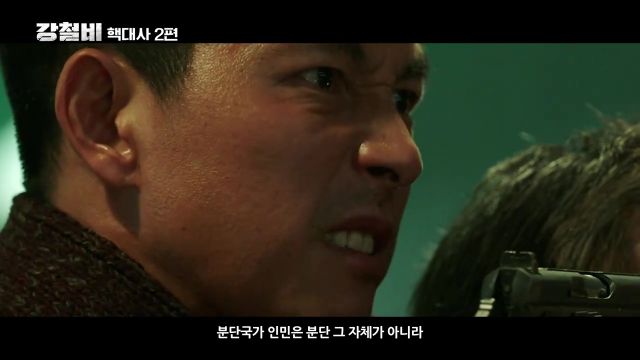 Kwak Do-won and Jung Woo-sung are absolutely riveting in this trailer for "Steel Rain". The conviction in their statements emanates from them in ebbing waves. If this trailer is anything like the movie, it is going to be one intense ride.