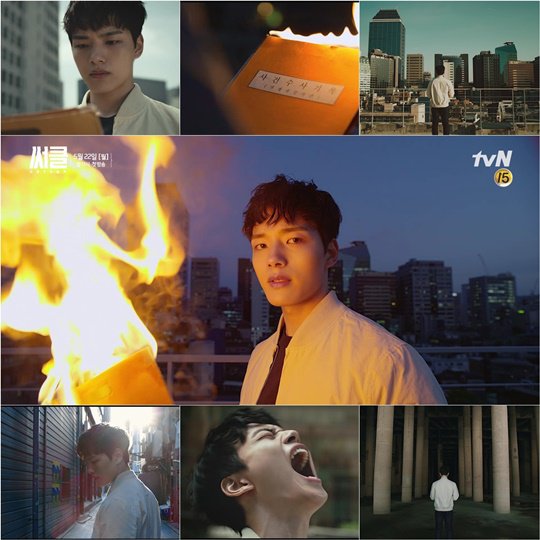 Yeo Jin-goo is starring in the new tvN drama "Circle". The first teaser is out and the drama starts on the 22nd of May.

"Circle" is based in 2017 and 2037 in Korea. It's not a time-slip drama, but a double track drama about two connecting generations. tvN is known for its new and exciting resources and "Circle" is a highly anticipated drama.

Yeo Jin-goo takes the part of Kim Woo-jin, a college student who tracks down a case occurred by a mysterious existence. Kim Soo-jin is a brilliant mind from the Handam School of Science Technology who experiences a mysterious death and meets his twin brother Beom-gyoon (Ahn Woo-yeon).

Yeo Jin-goo's mysterious aura brings attention to the teaser at once. The teaser starts with the sound of a siren and reflects on a forest of buildings as well as Yeo Jin-goo from behind. The narration, "The man who was after the serial cases has disappeared", makes the drama seem even more intriguing.

"Circle" is tvN's first sci-fi drama. Yeo Jin-goo is back with a fermented impression and is about to play a part he's never done before.

"[Video] "Circle" Yeo Jin-goo's first teaser"
by HanCinema is licensed under a Creative Commons Attribution-Share Alike 3.0 Unported License.
Based on a work from this source