[Video] CJ Entertainment Takes Flight with "R2B: Return to Base"! 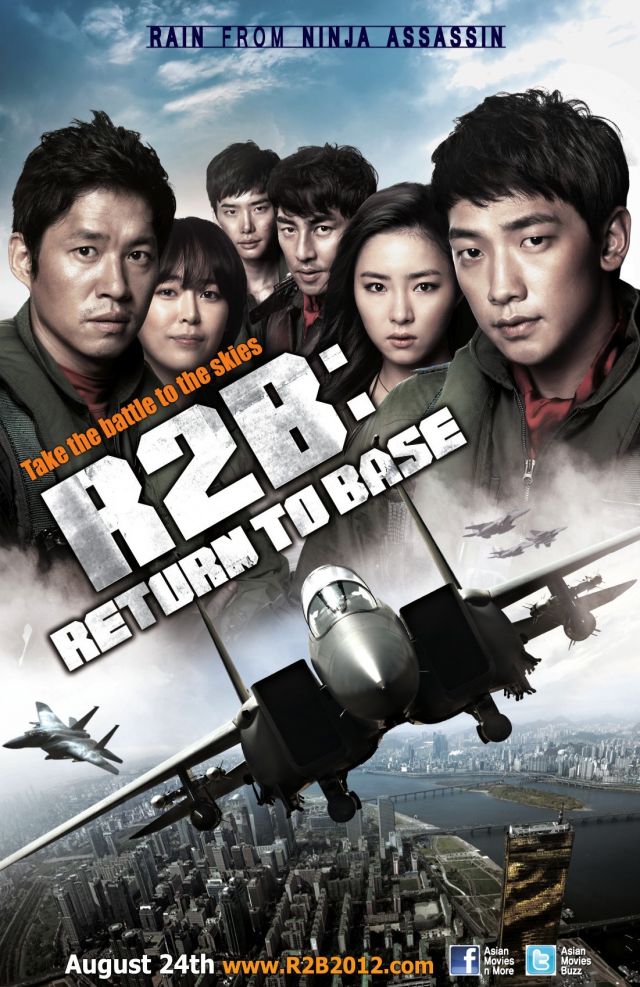 They have 7 minutes to pull off the most critical airborne mission in history.

South Korean elite Air Force pilot Tae-hun is kicked out of his flying team and demoted into a combat unit after a cocky and dangerous air show demonstration. On the first day of his transfer to F15K, he has a run-in with Cheol-hui, the unit's leader. Tae-hun's rebellious swagger and Cheol-hui's buttoned down discipline come into conflict almost immediately. Meanwhile, Tae-hun becomes fast friends with the rest of his new squad, including Se-yeong, whom he immediately falls for. One cloudless day, a routine reconnaissance mission for the squad suddenly ends in the untimely death of a team member and the disappearance of another. Just as quickly an unidentified combat plane is found heading into Seoul's airspace and Tae-hun and Cheol-hui must find a way to pull off an impossible mission to stop a war!

An unidentified combat plane appears in the middle of modern-day Seoul!

"What if a tsunami swept up the city of "Haeundae", Busan?" ("Haeundae")

"What if a mutated monster emerged from the Han River?" ("The Host").

Two of Korea's most popular films such as "Haeundae" and "The Host" have been launched from "what if?" stories that portrayed shocking events set in modern-day South Korea. Technically still at war for over 60 years across the most dangerous border in the world, "R2B: Return to Base" uses the very real premise of tensions between North and South Korea to ask, "What if a North Korean jet suddenly attacked modern-day Seoul?" Featuring South Korean megastar Rain ("Ninja Assassin", "Speed Racer")-who is currently serving in the Korean military-as the charismatic Tae-hun, "R2B: Return to Base" showcases exhilarating air scenes that were shot at heights ranging from 7.5 km to 13,000 km in the air.

"R2B: Return to Base" is scheduled to release in select cities across North America. For more information and a full list of theatres, please visit www.r2b2012.com.

"[Video] CJ Entertainment Takes Flight with "R2B: Return to Base"!"
by HanCinema is licensed under a Creative Commons Attribution-Share Alike 3.0 Unported License.
Based on a work from this source