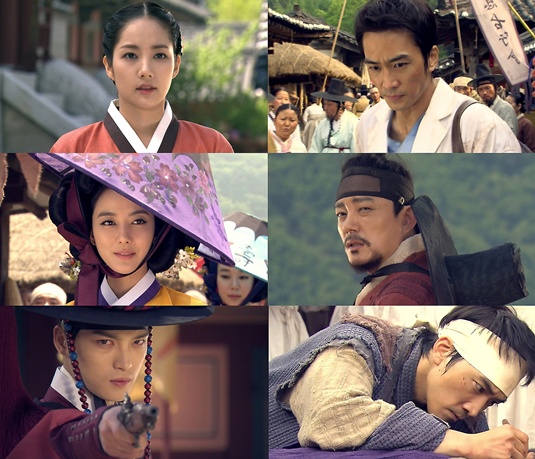 The preview that was shown on the 12th right after MBC weekend drama "Feast of the Gods", was a fancy video of Jin Hyeok a genius doctor, traveling through 150 years of time into the Chosun times. This video created a high number of hits of You Tube and was ranked the top most searched video until the next day.

Those who have seen the preview say, "I am looking forward to it", "I can sense success in this one", "I can guess the characters from just one video", "Shocking visual historical drama" and more.

Meanwhile, "Dr. JIN" is based on a Japanese original by Murakami Motoka about a genius doctor from the year 2012 traveling through time to the 1860s and will be aired for the first time on the 26th of May after "Feast of the Gods".

"[Video] "Dr. JIN" preview, "visual shocking historical"
by HanCinema is licensed under a Creative Commons Attribution-Share Alike 3.0 Unported License.
Based on a work from this source