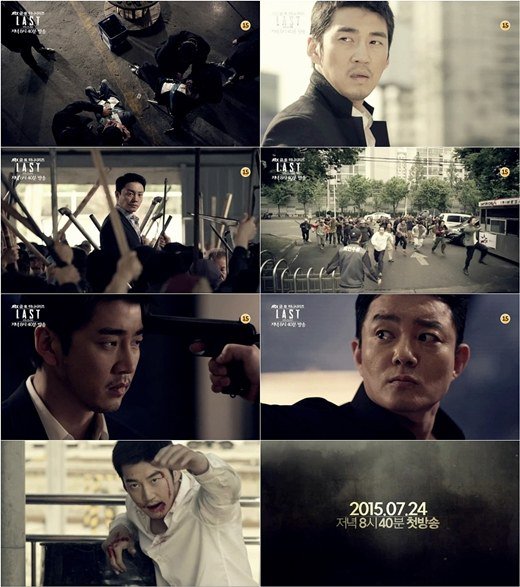 "Last" is an action noire drama about men in the underground world fighting for power at 10 billion won.

Producer Jo Nam-gook and writer Han Ji-hoon collaborated on this one.

A footage was revealed on the 3rd and Jang Tae-ho (Yoon Kye-sang) can be seen fighting his enemies. Gwak Heung-sam (Lee Beom-soo) is the leader of the people in the underground world.

The two men's short appearance in the footage was enough to make everyone hold their breaths. The two of them are expected to lead the movie to success.

Those who have seen the footage say, "I can't wait!", "I haven't watched a good action movie in a while", "The preview is this good", "I'll spend summer with "Last" and more.

The new JTBC miniseries will be broadcasted on the 24th of July.

"[Video] "Last" Teaser video of Yoon Kye-sang VS Lee Beom-soo "
by HanCinema is licensed under a Creative Commons Attribution-Share Alike 3.0 Unported License.
Based on a work from this source