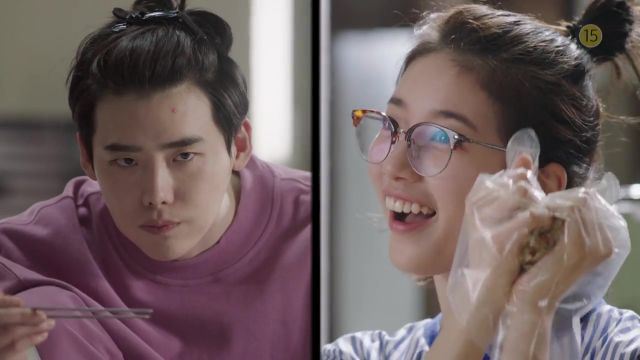 I have to admit, this second teaser for "While You Were Sleeping - 2017" looks pretty darn cute. Suzy is charming as the dreaming foresayer who is determined to convince Lee Jong-suk of her abilities and their destiny together. Lee Jong-suk is equally charming as an overly confident new graduate (and new neighbor) who is having none of Suzy's mumbo jumbo - at least at the start of the teaser. Near the end we see the crackling romance touted by the earlier promotional material and that dreamy poster.

-Yours, Lisa, who is more than a little excited for this drama