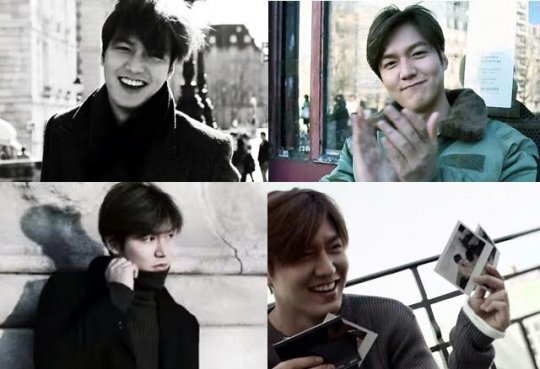 Lee Min-ho revealed his daily life in an exclusive pictorial.

A teaser of "Here", Lee Min-ho's personal pictorial, was released on the 7th on YouTube.

The pictures are of Lee Min-ho in his 20s playing with a ball and smiling ever so brightly. He's also standing in front of the camera without make-up and is yawning.

This pictorial means a lot for fans because it's there's no display or anything artificial about it. The background of the picture is Paris, France.

Lee Min-ho wanted to share something special with his fans who have always been there by his side since his debut. He also titled it HERE to make it seem like he was closer to his fans.

The pictorial also includes a DVD of the making and an essay of the 29 year-old young man who is now 9 years into this career.

The pictorial will be released in Korea on the 15th and spread to China and Japan. Lee Min-ho is also holding a concert called "Mino's World" on the 16th.

"[Video] Lee Min-ho's daily life in a pictorial"
by HanCinema is licensed under a Creative Commons Attribution-Share Alike 3.0 Unported License.
Based on a work from this source