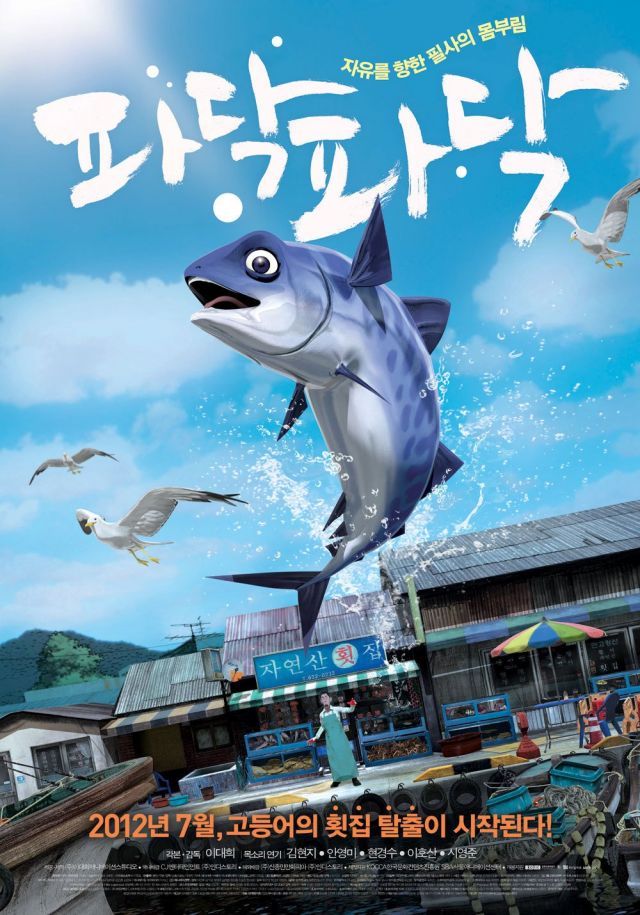 Synopsis
A mackerel from the sea attempts to escape from the sushi restaurant!
'Flappy' is a mackerel from the sea. It is caught in a net and gets dumped into a restaurant tank. An old flatfish is the only one that's survived that long in a place where death was set. He is the one who gets the trust of other fish from fish farms with his know-hows to survival.
Thanks to 'Flappy' who attempts to make it back to the ocean, the peace in the tank is shattered and conflicts with the old flatfish gets bigger and bigger.
Will Flappy be able to achieve his dream?