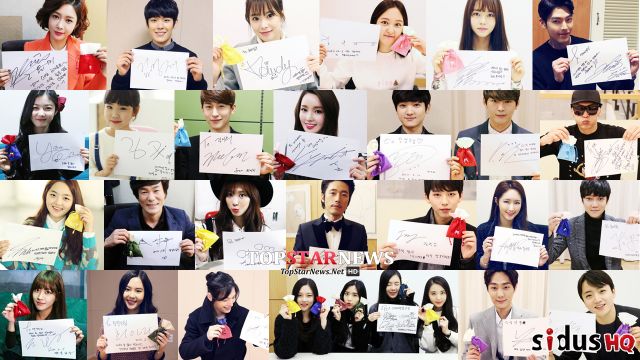 SidusHQ sent out their Lunar New Year's greetings and blessings.

This year's Lunar New Year greetings has attracted a lot of attention via SidusHQ's Official Twitter and Facebook, as the pouches contained stars which symbolizes the actors' and actresses' best wishes to their fans.

SidusHQ stars all around recorded a video message showing their appreciation to the fans while many of them were busy working on dramas, movies, music, photos, advertisements, and various entertainment activities.